Whether you intentionally underexpose photos, or you underexposed a photo by mistake, either way you’ll need to brighten photos in post production. At some point we all make the mistake of underexposing, but these tips for editing dark photos will fix it quickly. (Within reason of course.)

If you’re underexposing photos, you really need to shoot in RAW for best quality when brightening photos in whatever editing software you use.

If you shoot in JPEG the results won’t be nearly as good.

Because I use Lightroom Classic to edit photos, these editing tips are ideally suited to Lightroom users, but the principles for brightening photos are the same for all photo processing system.

Whatever software you use, you’ll find these photo editing tips useful. 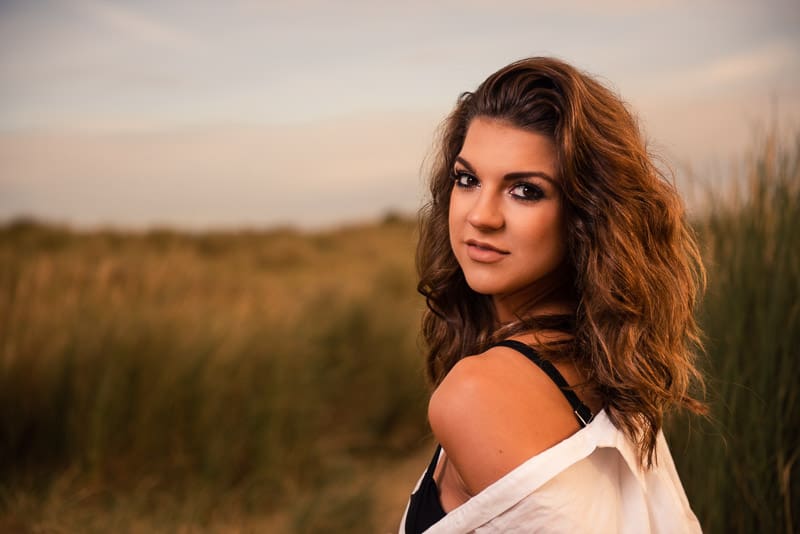 What is an underexposed photo?

You could say that it’s a matter of artistic interpretation and it’s up to the individual photographer to judge whether the image they created is underexposed or not. In which case, an underexposed photo is an image that turned out darker than the photographer intended.

Consider the light and airy photographer versus the dark and moody photographer. They’d definitely disagree on whether a photo was underexposed or not.

I’m obviously not talking about photos that are so underexposed that it couldn’t possibly have been intentional.

The other view is that, whether it was intentional or not, if a photo is too dark and needs to be brightened in post, it’s underexposed.

There’s just a slight difference in the brightness of these two versions of an image edited in Lightroom. Everyone will have their preference and that’s okay. It comes down to personal style. Which do you prefer?

Why are my pictures dark?

Just one thing before we get into how to brighten photos in Lightroom… Are you sure that it’s not your computer that’s making photos appear dark?

If when you view your photos on the computer, in general they seem darker than you expected, it could be one of two things:

1. Your camera’s screen is too bright

I don’t when or how I changed it, but it really confused me during a shoot. The histogram showed an accurate exposure, but the image I saw on the back of the camera was definitely too bright.

2. Your computer monitor needs to be calibrated

Remember also that your computer screen brightness is affected by the light in the room, so will appear different at night with the lights on than it does during the day with natural light.

Further reading: Monitor calibration for photography and 3 other fixes for off color

If both your camera and your computer are showing you an accurate image, and your photos appear dark, you’re underexposing photos. You need to adjust your exposure settings by:

Well, all that’s great, but if you’ve already taken the photo and it’s too dark, you need to know how to edit dark photos to look better. So let’s get into it.

How do you fix an underexposed photo?

If you have a dark photo you want to brighten in Lightroom, you need to decide:

1. How to brighten a dark photo in Lightroom

If the whole photo is too dark, you can simply drag the exposure slider to the right to make a global adjustment to brighten the entire photo.

The above photo is too dark, so I increased the exposure slider to make the entire image brighter. However, while the background is fine, she is still too dark. Read on to find out how I fixed this underexposed photo.

2. How to brighten parts of a photo in Lightroom

You have a lot more options when it comes to brightening parts of a photo in Lightroom. Starting with broader adjustments and going down to very targeted adjustments, they are:

My go to sliders in the basic panel for increasing the brightness of just the darker parts of an image are the:

If you adjust either one of these by dragging the slider to the right, the light and highlight areas of the photo won’t be affected at all.

How to use the tone curve to brighten photos

If you know what range of tones you need to adjust, the tone curve tool is fantastic.

For example, to brighten the midtones, simply click in the middle of the curve and drag up so that the curve bows upwards slightly. You can do the same to the shadow areas or highlight areas in the same way.

If you prefer to use the sliders in the tone curve tool, drag these sliders to the right to brighten an underexposed photo: 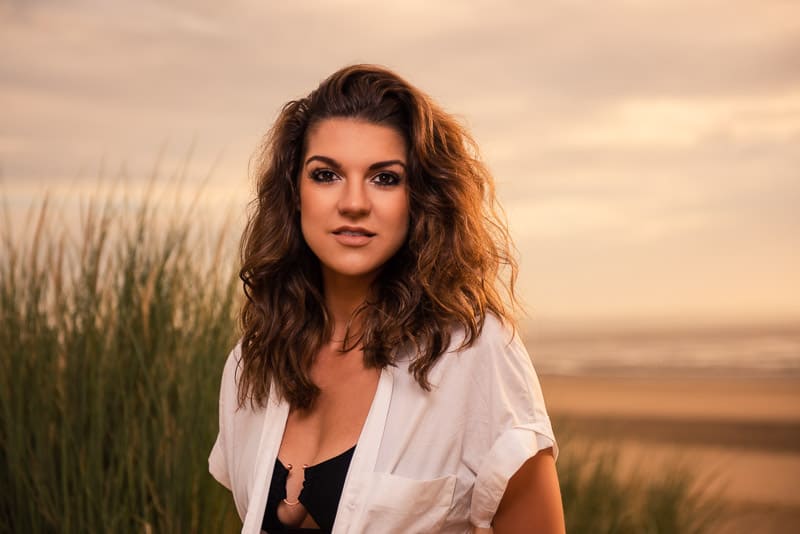 The luminance sliders in the HSL panel are ideal for brightening particular colors in a photo.

If you’re not certain of exactly which color you need to adjust, just click on the targeted adjustment tool (the little bullseye looking button to the top left of the luminance sliders) then click on the image and drag your mouse up. I find this particularly useful when I want to brighten faces.

Keep an eye on the whole image though, just in case you’re brightening areas you don’t want to brighten.

If just a small part of your image is underexposed, you can adjust it with one of the three local adjustment tools. They are:

Just remember that if an image is too underexposed, no amount of brightening it will bring back detail that wasn’t captured. You will also encounter noise when you brighten very dark areas.

Further reading: How to avoid and reduce image noise in photography

If you have any questions about how to brighten photos, let us know in the comments.

Also, we love good news, so if our Lightroom tutorial has helped you to understand how to fix underexposed photos, share that too.

Continue Reading
link to What is SOOC photography - SOOC vs edited - what's better?