The more attention you pay to the color in your photos, the more aware you’ll become of how vibrance vs saturation impacts color when editing photos in Lightroom and other editing software.

Color is one of those subtleties that you need to learn to see and the only way to do this is with practice. Just like with light. As a new photographer you’re not aware of light direction and quality, but with time you start to notice light and shade.

With practice when processing and printing images, you’ll start to see the subtle differences in color. After a time, these color variations will be glaringly obvious…and that’s when you go back and re-edit old photos!

It happens to all of us.

So, if you get to the point where you’re looking back at old photos and you’re cringing, congratulations! You’ve advanced in your photography journey. 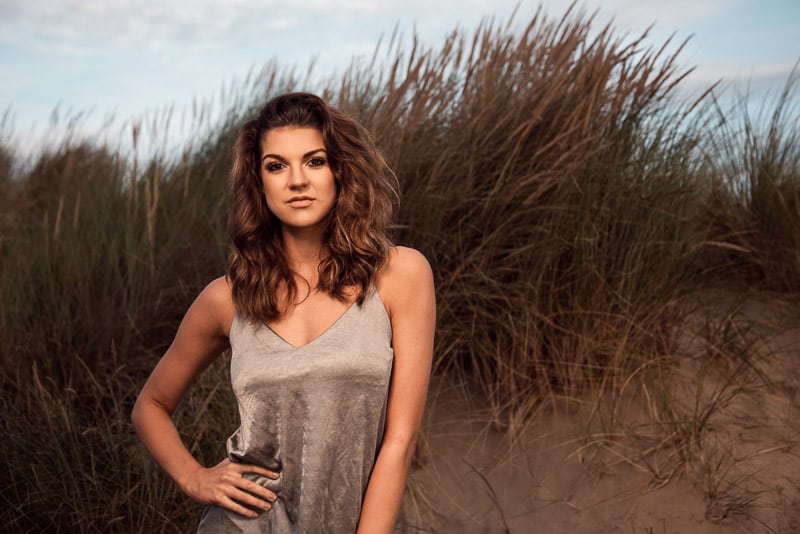 But back to color…

Colors create an emotional response, so it stands to reason that how we use color in photos is really important for the mood of a photo.

We’re drawn to vibrant colors and because of this you’ll often see/hear photographers discussing how to “make colors pop” in photos.

A big part of this is adjusting saturation and vibrance.

As you can see, both vibrance and saturation can be used to increase or decrease color intensity, but they do it differently. As you’ll see lower down, it’s very easy to go too far when you don’t know when to use vibrance vs saturation

So let’s take a look at using vibrance vs saturation for better editing of color in photos.

What does saturation mean?

Saturation refers to the intensity of colors in an image. When an image is highly saturated colors are rich, bright and strong. When saturation is low, colors appear washed out and, as they become more desaturated, they veer towards grayscale.

This is as true for painting as it is for photography.

On the left she’s wearing pale yellow and is backlit, so the sky is not saturated. The photo on the right was taken 1.5 hours later, just before sunset, so the sky is a beautifully saturated blue and the light on her is a golden yellow. In addition, her clothing is deep orange and yellow and she’s lit from the side, so it’s a much more saturated image.

How do you capture saturated colors in photographs?

Saturation in photography is a result of light. The angle, direction, quality and quantity of light affects the saturation of colors.

You can easily test this out yourself with the torch on your phone and a colorful sheet of paper.

When you photograph with the sun behind your subject, colors will be less saturated than if the sun lit the subject from the front (behind you).

Another big factor affecting saturation is the color of the light source itself. The clearest example is sunrise and sunset vs blue hour vs midday:

What is saturation in photo editing?

When you decrease or increase the saturation slider in Lightroom, you affect all the colors in the image. It’s a heavy handed tool that will adjust colors, regardless of how saturated they already are.

This can result in some very unnatural looking colors, depending on what you’ve photographed. In addition, if you get carried away and oversaturate an image, you could lose detail in some colors and cause posterization (more on that in a moment).

Here’s an extreme demonstration. On the left the vibrance slider is all the up to +100 and saturation is on 0. For the right image I did the opposite – saturation is at +100 and vibrance is at 0 …and she looks like she’s just rolled around in a bag of Cheetos!

Another term for posterization is banding, because when an image is posterized, we can see distinct bands of color in areas that should be smooth, like the sky. You’ll also see spikes (like a comb) in the histogram when an image has been posterized.

So go easy on the saturation slider – it’s one of the main causes of posterization.

What does vibrance mean?

Vibrance as a photography term is used in photo editing and, like saturation, also refers to the intensity of colors. However, vibrance is something that’s adjusted in post processing only.

Vibrance is not something that you can control when capturing an image.

What does vibrance do in Lightroom?

The vibrance slider in Lightroom is much more subtle than the saturation slider. It’s also quite clever.

While adjusting the saturation slider is a broad change across the whole image, the vibrance slider will first alter only colors that are under-saturated. So if you already have well saturated colors, they won’t initially be affected when you increase vibrance.

Only once you’ve increased the vibrance to the point where the image is evenly saturated and then increase it further, the saturation of the entire image increase. It will then be oversaturated. Obviously, like anything, when vibrance is pushed too far it’s going to create iffy colors that don’t look good.

How you process a photo is a matter of personal taste and style. These two versions of an image show how just a few small adjustments can make a big difference to the overall mood.
In the image on the left I increased the vibrance (+11) to make the muted colors more saturated, then I reduced the saturation (-32), to reduce the overall saturation equally and made all the colors pop.
For the image on the right I increased the saturation (+11), which affected all pixels equally, and brought down the vibrance (-32) which muted the less saturated pixels.

Tips for using vibrance and saturation in photo editing

Summary of vibrance vs saturation

If you have any questions about vibrance vs saturation, let us know in the comments.

Also, we love good news, so if our photography tips have helped you to understand vibrance vs saturation in photo editing, share that too.