Golden hour photography – when is it and why is it so amazing?

So, that’s it, blog written, we can all carry on with other stuff now. Actually, no.

There’s a lot more to the magic of the golden hour. So, here’s a treasure trove of golden hour photography tips.

This post contains affiliate links. Buying something through one of the links won’t cost you anything extra, but I may get a small commission, which helps to keep the site running. Thanks! 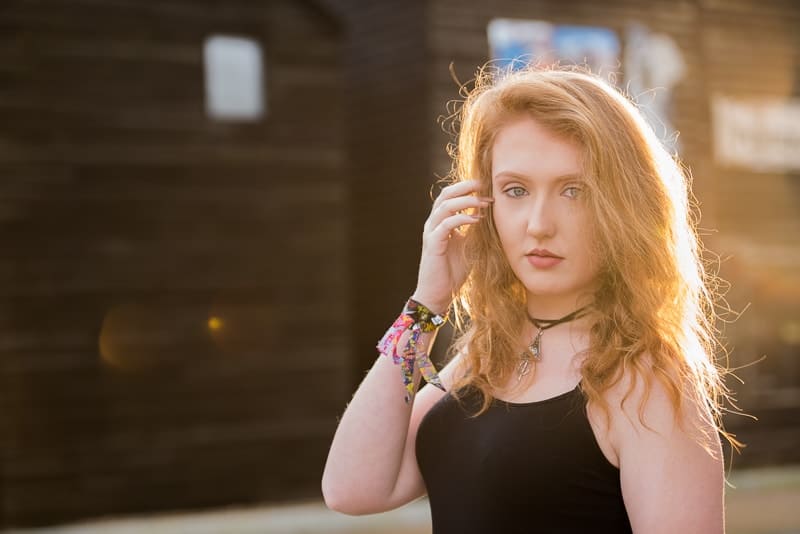 When is the golden hour?

Well, firstly the golden hour happens twice a day, so there isn’t just one hour a day allocated to gorgeous light.

The golden hour occurs in the hour after sunrise and the hour before sunset.

Secondly, it’s not necessarily one hour. The time and duration of the golden hour depends on where in the world you are.

If I still lived in South Africa, morning golden hour photography would be great, but I live in the northern hemisphere and I really don’t like being cold first thing in the morning. So, when I think of the golden hour, I generally think of the end of the day.

There’s a different feeling for each golden hour:

Choose the golden hour that suits what you’re photographing and the feeling you want to create.

Golden hour photography around the world

The duration of golden hour varies in different parts of the world.

The big advantage of living further away from the equator is looooong sunsets.

Whilst Africa offers a spectacular showdown at the end of most days, it’s over in the blink of an eye in comparison to the UK. Here it takes hours for the sun to slowly slip below the horizon. All the while the colors change and offer up a huge scope of opportunities for gorgeous images.

Also, here in the UK the light is quite often just smudgy. Well, that’s how I think of it.

The light is often grey, pale and not particularly interesting, especially in winter. Except for in the golden hour when it comes alive. On the plus side, the smudgy light is kind on wrinkles in photographs, because when it’s overcast it’s like having a great big softbox in the sky to diffuse the harsh, direct light of the sun.

Even though a spectacular sunset may be a rarer feature in the UK, the light at the end of the day is nevertheless consistently better than at any other time of day. Just as it is all over the world.

It’s easy to get to know when is golden hour where you live. You just need to pay attention to the light for a few days and you can more or less figure out when’s golden hour.

When you’re travelling, it’s not easy and you could miss out on some great golden hour photography opportunities if you don’t know when it is.

Luckily, some clever folks have developed an app for that. Here’s a great little golden hour calculator for calculating the golden hour anywhere in the world at Photographer’s Ephemeris

I had a golden hour beach shoot scheduled.

As beaches are so exposed, with nowhere to escape the overhead sun, golden hour is ideal for a shoot at the beach.

We don’t have many sandy beaches here in the UK as most of them are covered in pebbles. There’s one beach I love that has the most beautiful expanse of sand at low tide, so of course it’s my favourite beach for photography. 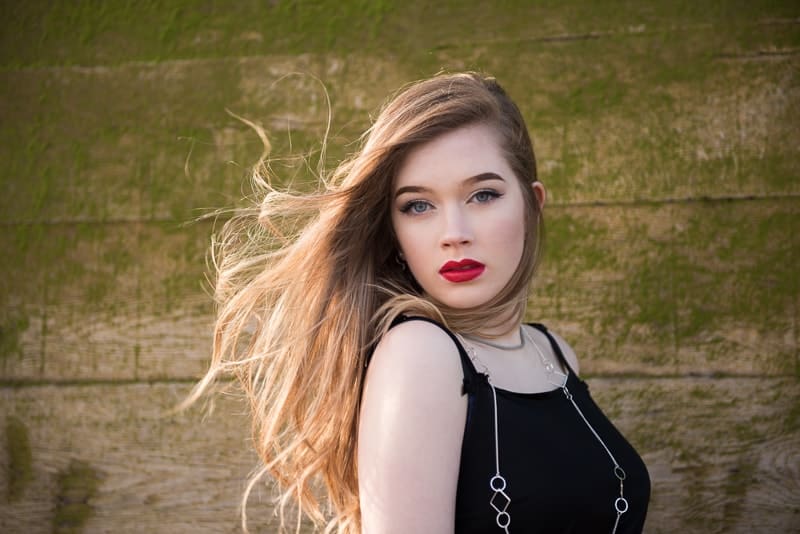 What I’d planned for my golden hour shoot and how it worked out on the day was very different!

I was determined to go ahead and still use natural light only, with a reflector.

Not ideal. I could have called it off and rescheduled for another day or changed my shooting plan, but that wouldn’t have been a challenge.

The shoot was a personal project, I wasn’t getting paid for it and I didn’t have any other spare time to reschedule. Especially when considering the logistics of planning for when the tide would be out at golden hour. So we went ahead with it.

Even in those conditions, the photos worked beautifully, because it was the golden hour. Plus I made use of a quay to block the wind.

Aside from the beautiful warm tones of golden hour, the angle of the sun is also flattering.

An overhead sun causes eye socket shadows (racoon eyes), which are very unflattering. A low sun comes in at angles that work beautifully for portrait photography.

In fact, it’s often what we try to replicate in studios.

I prefer to photograph into the sun so that my subject doesn’t scrunch up their face, or get blinded by the sun behind me.

Also (and if I”m honest, mainly) because a backlit subject just sings in a photograph.

Backlight so much more interesting than a front lit subject. Just think of wildflowers with the sun behind. The rim light caused by the low sun behind them makes them pop from the image and highlights their vulnerability. The sun shining through leaves results in a beautiful, sheer green, rather than a flat fully-lit-from-the-front leaf. Then it’s just another leaf. 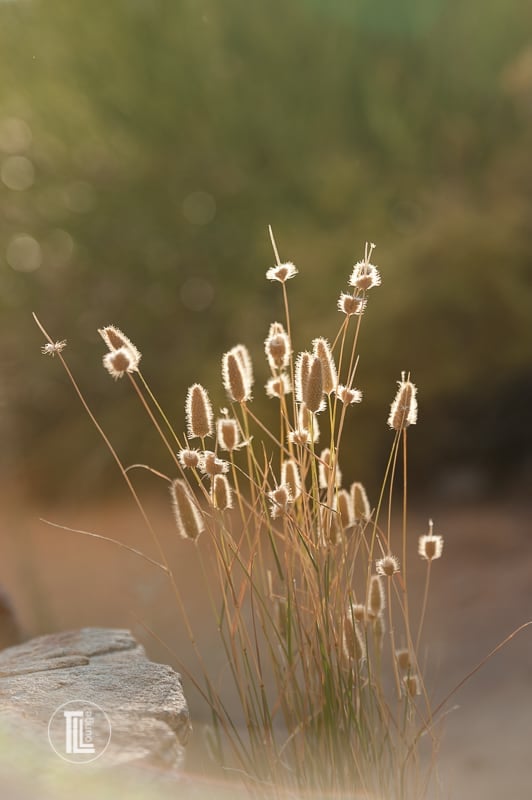 The backlit grasses photographed in the evening golden hour add to the calm and peaceful feeling in the image. 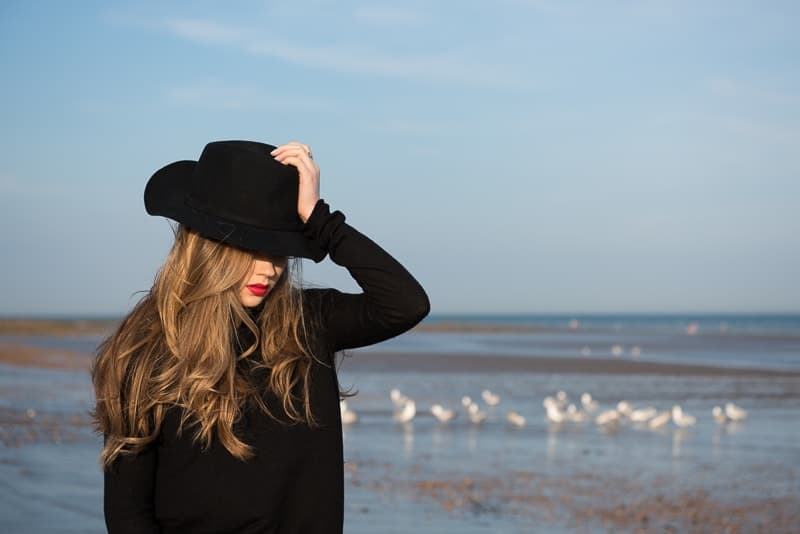 Because I don’t like spending a great deal of time working an image on the computer after I have shot it, I make sure that I do whatever I can while I’m shooting to get what I want from an image. I don’t want to have to lighten up shadows and fight to bring down over exposed areas in post production.

For this reason I never leave for a shoot without a reflector…and most of the time I find I need one.

Eyes need catchlights to be alive and complete a portrait. If you’re photographing natural light only, with the sun behind your subject, you’re going to need a reflector to create catchlights.

Either way, it’s still a reflector. If it reflects, it’s my friend. If I don’t have to hold it, it makes my life so much easier.

Never underestimate your need for a reflector.

Reflect rather than edit

There is nothing wrong with “Photoshopping” an image, but it’s not my preferred way of spending time. I would rather be out there taking photos.

That said, every digital photograph needs something doing to it in Lightroom, Photoshop, or other editing software, just as every film photograph had to be processed in a darkroom.

I alter contrast, lighten shadows, remove blemishes and adjust color grading. I occasionally darken a slightly too light sky and adjust luminance. Aside from this, I don’t do much processing at all.

Further reading: How to develop your photographic style effortlessly

So, as I was saying, using a reflector makes sense. It cuts down on editing time, because you’ve lit your subject, so you don’t need to paint in light in post processing.

Further reading:  How to use a reflector properly – and why you really need one 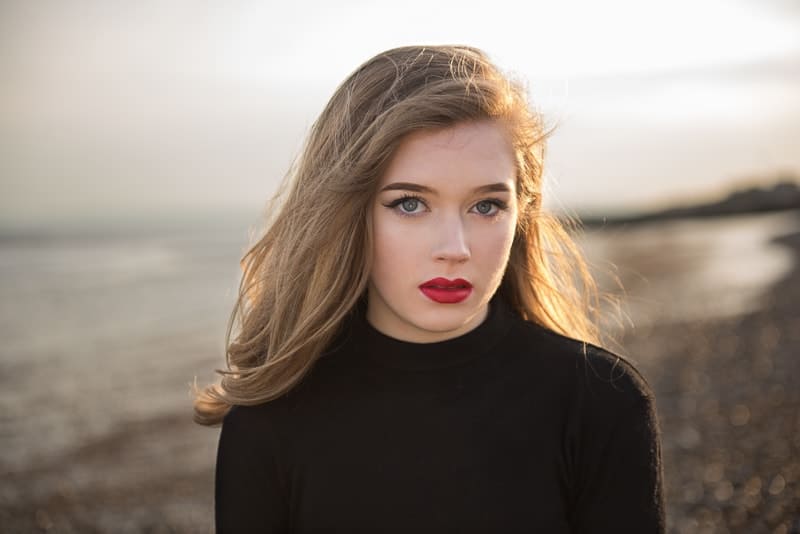 Despite the potentially disastrous weather, it was well worth going ahead with the shoot. We had a blast and I just love the results.

Instead of the usual bright golds and oranges with a blue sky, we had gold-brown tones for a change. When the sun dropped low and shone below the cloud cover, we did get the typically golden light of the golden hour, but with a moody sky in the background to add drama.

Storm lighting is my absolute favourite type of natural light.

I don’t know if there is such a term, but it’s what I’ve always called that moment when the sky is heavy with dark clouds and the low sun breaks through beneath the cloud layer.

Oh my. Storm lighting in the golden hour is the ultimate. I don’t even need a camera to sit and appreciate it. It’s just beautiful. I could go on about it for hours, so will save that for another time.

The lesson is – sometimes you just have to go for it. No regrets and all that.

If I’ve not been able to adjust my position to avoid getting something unsightly or distracting in the background, or I couldn’t move my subject to block it, I will disappear things in Photoshop. It’s extra time at the computer, but so worth it.

You don’t want a viewer’s eye to be pulled unnecessarily to something that doesn’t enhance your composition.

Examples of things you don’t want in the background, unless they’re an essential part of the composition, are:

I just love the way the world slows down at the end of the day.

Everything settles and feels calmer as the evening golden hour arrives. The wind settles down and the light melts into a lovely golden glow. Clouds turn into color catchers, offering every shade of gold and pink with contrasting greys and blues. Nature is posing.

For me, golden hour photography reflects how I feel at the end of the day. It’s without doubt my favourite time of day, not just for photography. To quote from one of my favourite songs by Anna Nalick, “And breathe, just breathe”.

If you like golden hour, you’ll enjoy learning about blue hour. It’s what happens after the golden hour and is equally full of fascinating light and creative opportunities.

I’d love to hear about any golden hour photography challenges you’ve had and overcome to get gorgeous results. We’ve all got a story. Share yours in the comments.

Or, if you have any questions about my golden hour photography tips, ask away in the comments – you’ll be helping others who have the same questions. One thing I’ve learned from teaching photography is that if you’re struggling with something, you can absolutely guarantee that others are too.

Has this tutorial helped you to understand the beauty of golden hour photography?

The great big camera debate and why it doesn’t matter

1 thought on “Golden hour photography – when is it and why is it so amazing?”