How to use shape in photography composition

Shape is one of the elements of photography that we use to construct an image, so is very important. What’s more, the shapes you choose to use in an image have an effect on the viewer, even if they’re not aware of it.

When you start to see shapes to photograph, instead of objects, you open the door to creativity.

The last photo in this article is a perfect example of how shape photography makes you think differently. 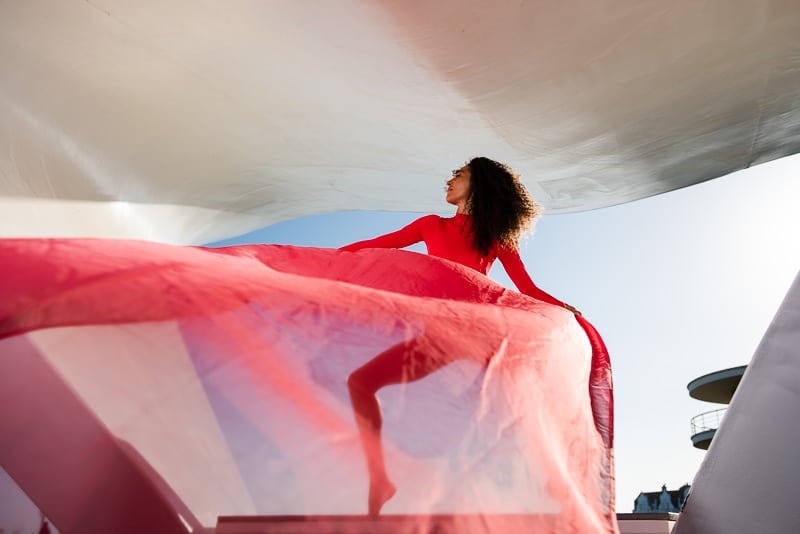 Types of shapes in photography and their meaning

Shapes are an element of photography composition that, like lines, can have different meanings and therefore create different feelings in photos depending on their appearance.

Further reading: 7 elements of design in photography every photographer should know

Geometric shapes, like buildings, are generally man made and each shape creates a different type of atmosphere in an image.

Because circles never end, they introduce energy and movement in a photo. The eye is constantly directed around the image.

Squares and rectangles give a feeling of stability and solidity, especially if they are large.

Upwards facing triangles also convey stability, because of the solid base of the triangle. Downward and sideways facing triangles however don’t, they bring tension, but do still direct the eye in the direction they’re facing. Like diagonal lines, triangles are dynamic and introduce energy to an image.

Further reading: 5 ways to use triangles in photography composition

Hard and soft geometry in photography 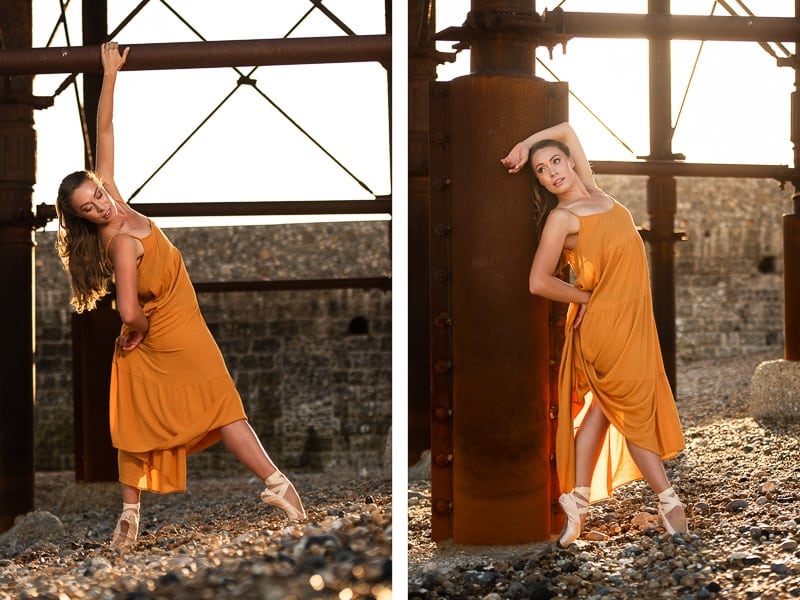 I directed the dancer to reflect the shapes of the environment in her posing… the joy of photographing dancers is their ability to mould their bodies.

These are curved and irregular shapes as they appear in nature. 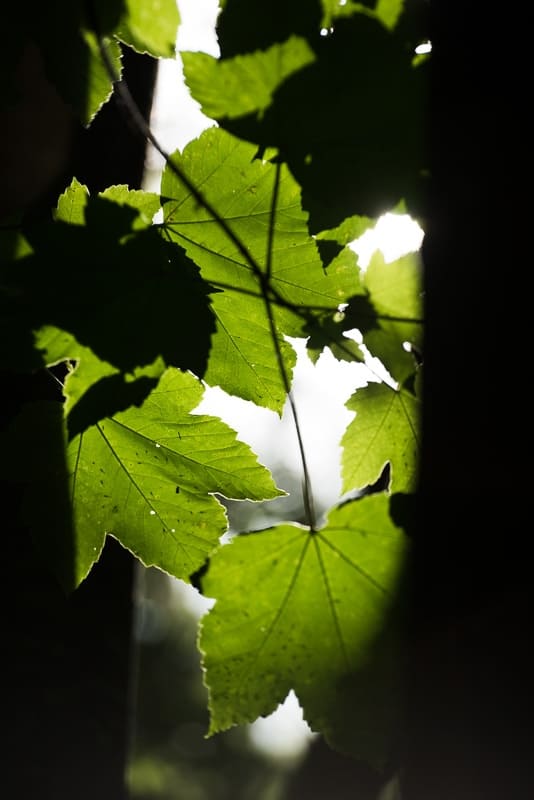 Curved shapes, like a meandering road or river, create a calm feeling. The S-curve you can create when posing a woman draws the viewer in, leads the eye through the image and encourages it to linger on the way.

On the left she is posing in an s curve and the eye is slowly drawn into the image. On the right her body forms a diagonal line, which combined with the leading lines of the pier in the distance and curved lines of the boat, directs the viewer’s eye straight to her face and then follows her gaze.

What is shape in photography?

There are two ways of looking at shape in photography composition:

But it doesn’t end there. If you were to draw a grape, you’d draw a circle and color it in. When you photograph a grape, you could capture its shape or its form.

The difference between form and shape in photography

Form and shape are often confused in photography, because they seem so similar. The big difference between the two is light, specifically the impact of light. 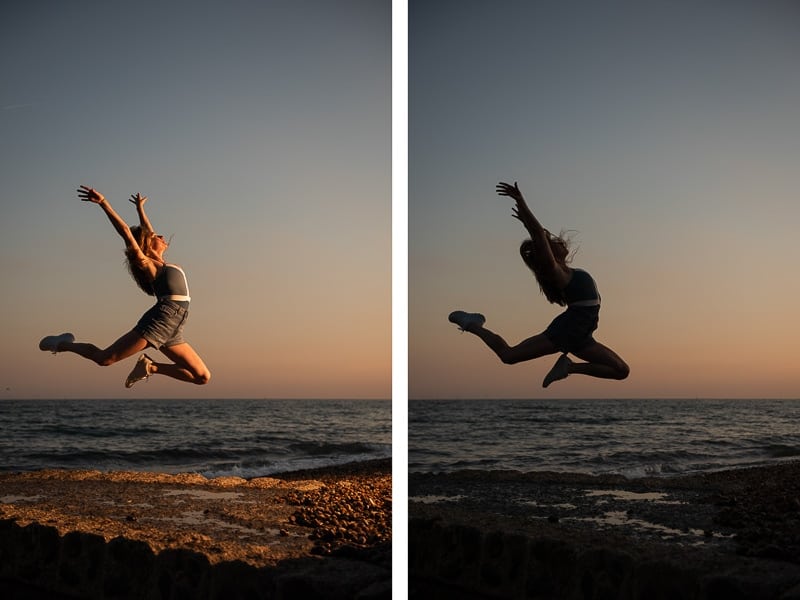 On the left she is lit by my off camera flash, creating form, and on the right no flash was used, creating a silhouette shape.

A silhouette is a shape because it’s two dimensional. There’s no light shining on the object (from the front or the side) to cause shadows in the dips and highlights on the bumps. A silhouette is either a backlit object, or a dark object against a lighter background.

Further reading: How to photograph silhouettes with ease

As soon as the direction of light changes, so that it skims across the surface of a shape from the side, it starts to create definition. This makes the shape three dimensional and it takes on form. It’s no longer a silhouette.

Further reading: How form in photography brings subjects to life

In portrait photography, how you light a person impacts their form, because the shadows created by facial features, the nose in particular, alters their appearance. Changing the lighting from flat lighting to, for example, Rembrandt lighting will define a subject’s features, as well as add depth and interest to an image. 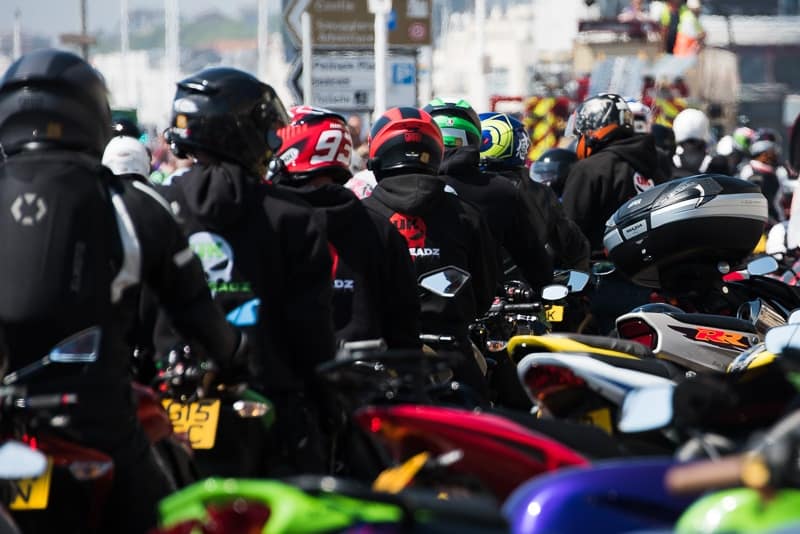 There are three layers of shapes in this image. Circles of helmets, rectangles of torsos and triangles of the back of motorbikes. It’s a very busy image, but the repetition of the shapes forms patterns, which establishes a sense of order.

How to use shape in photography composition

An image with lots of different shapes feels busy and chaotic, even overwhelming for your viewer.

A collection of different objects with the same shape, however, feels calming. With enough repetition of a specific shape, pattern forms, which in itself is visually interesting and engaging. For example:

Framing people with rectangle or square shapes in an image creates a sense of order and directs the viewer straight to the focal point. Even circles can be used to frame people and give an image a sense of motion and energy. 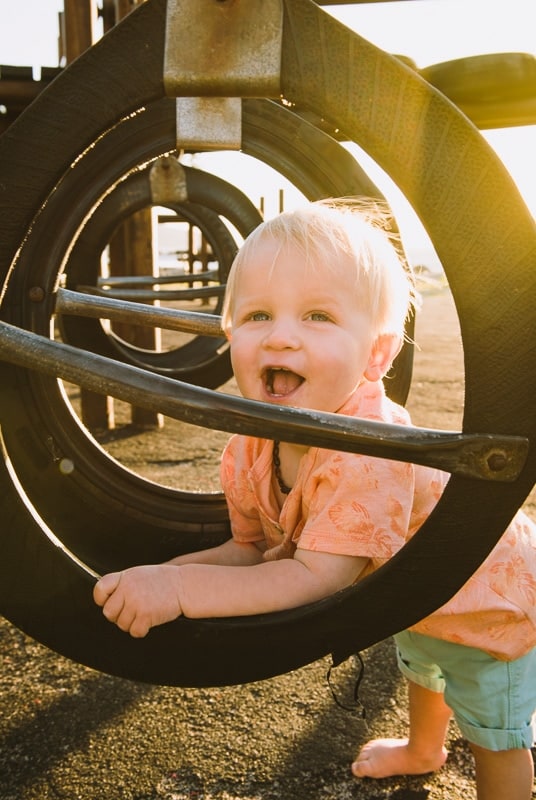 Arrange a family group into a triangle shape for dynamic composition. 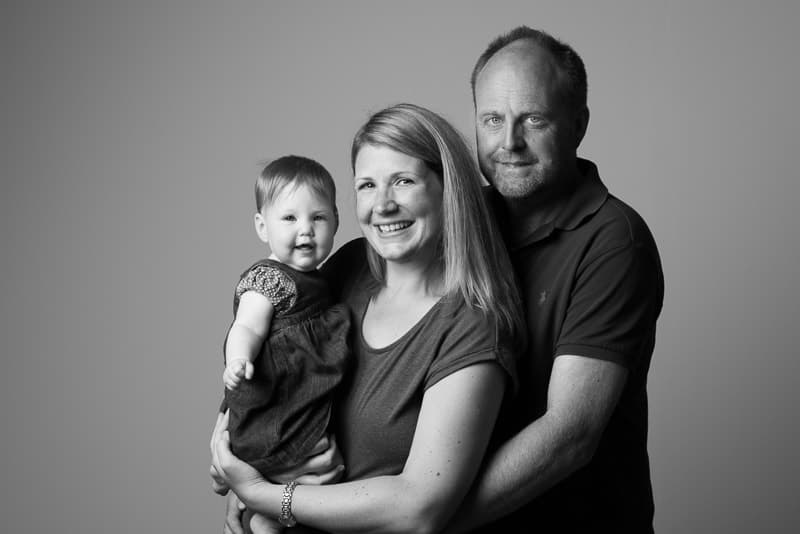 Or use triangles to disect a photo. 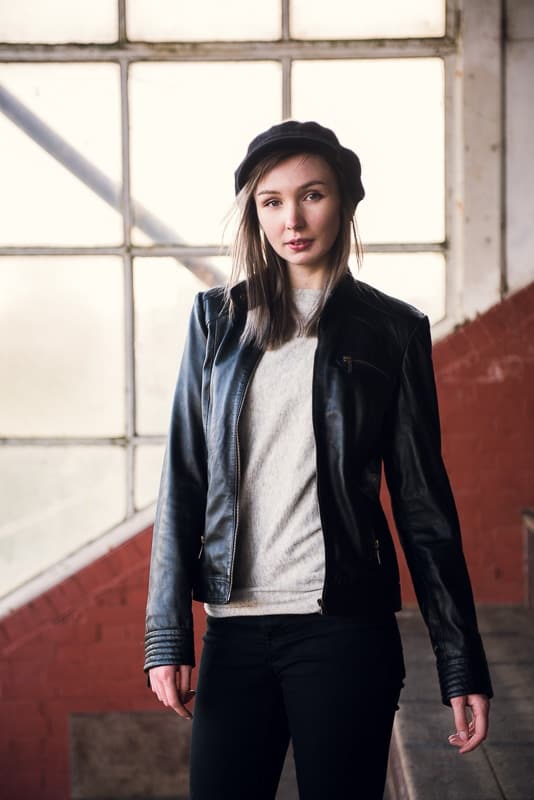 Pay attention also to shadows for shape photography. Sometimes the shadow of an object is more interesting to photograph than the object itself.  Sometimes it’s just a fun alternative and tells a story. 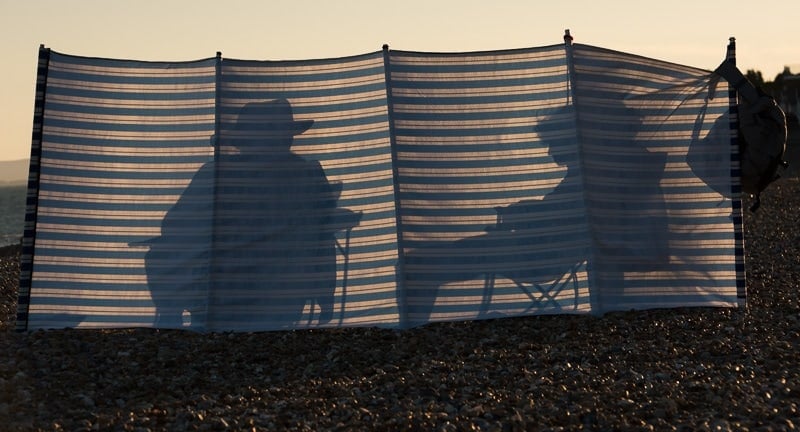 I took a typical scene on a British beach and gave it a twist to create a more interesting photo.

If you have any questions about shape in photography composition, let us know in the comments.

Also, I love good news, so if my photography tips have helped you to understand how to use shape in photography composition, share that too.

Editing black and white photos in Lightroom for impact

3 thoughts on “How to use shape in photography composition”