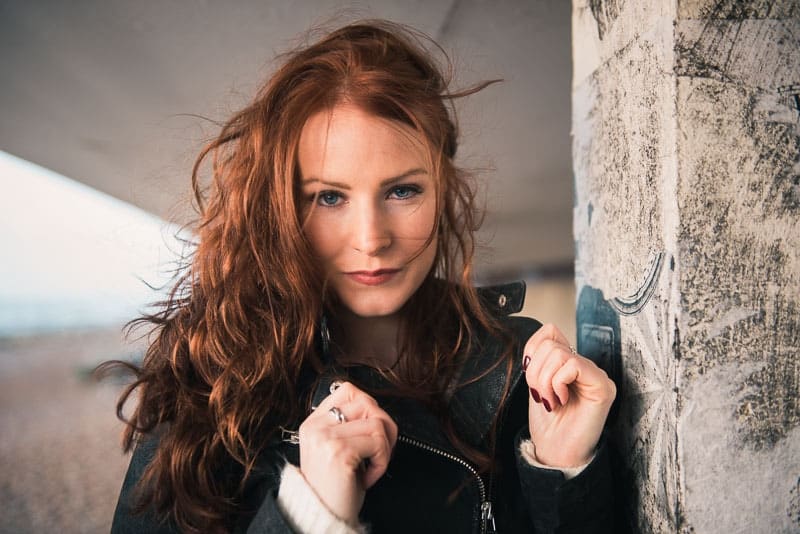 1. How to capture movement photography

The art of movement photography can be divided into two categories: 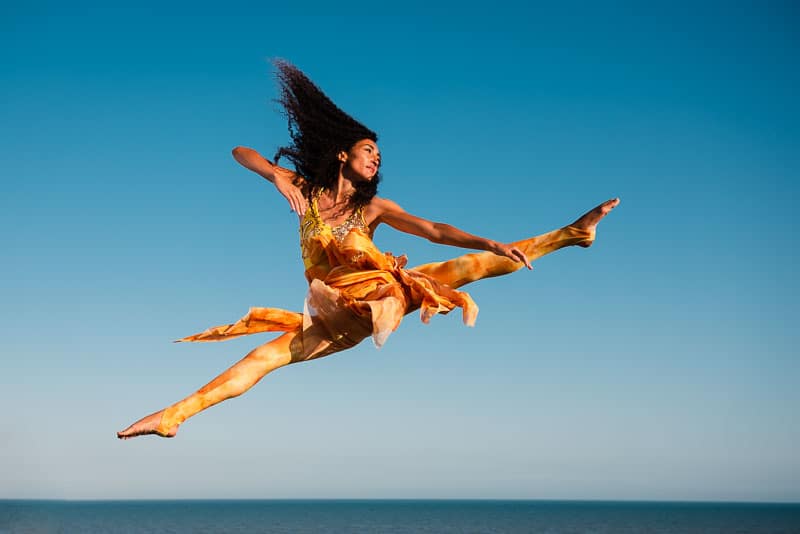 We’re used to the concept that photography is a moment in time captured, frozen.

So in a photo of somebody walking, running, jumping etc we recognize that they’re moving, even if they’re frozen still in the shot (on account of photos don’t move). The motion is implied by their body language.

Capturing and freezing the movement in photos involves:

The assumption with flash is often that the more powerful the flash, the better you can freeze motion. But this is not true. To freeze movement in photography with flash, the most important factor is flash duration.

To keep flash duration short, regardless of what flash you use, adjust your ISO. A higher ISO means that the flash won’t have to work so hard to light a scene so the flash duration will be shorter. 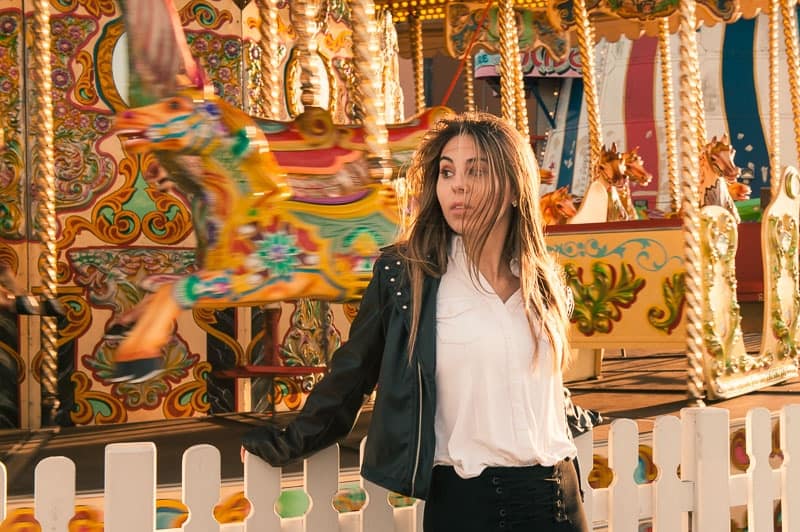 Instead of freezing movement, capturing motion blur is another way to depict motion in photos.

Motion blur can be captured by:

With panning, the subject is relatively frozen and instead the background is blurred, proving that movement photography isn’t just about paying attention to the subject.

The panning technique is:

For interesting effects with a zoom lens simply turn the lens to zoom while taking the shot.

While shutter speed is relevant in all the examples of movement photography, this way to blur movement is purely about a slow shutter speed. 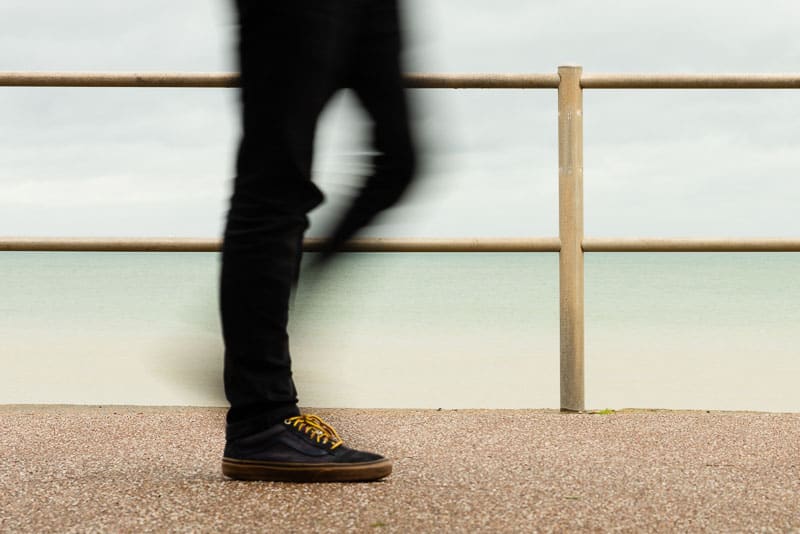 You can achieve some interesting effects by using a shutter speed that records the movement as a blur. How slow depends on the speed of the subject.

For these shots above and below I set my camera up on a tripod and waited for people to walk past. It was winter and overcast, so a slow shutter speed was easily achievable without overexposing the image. The rest was just trial and error. 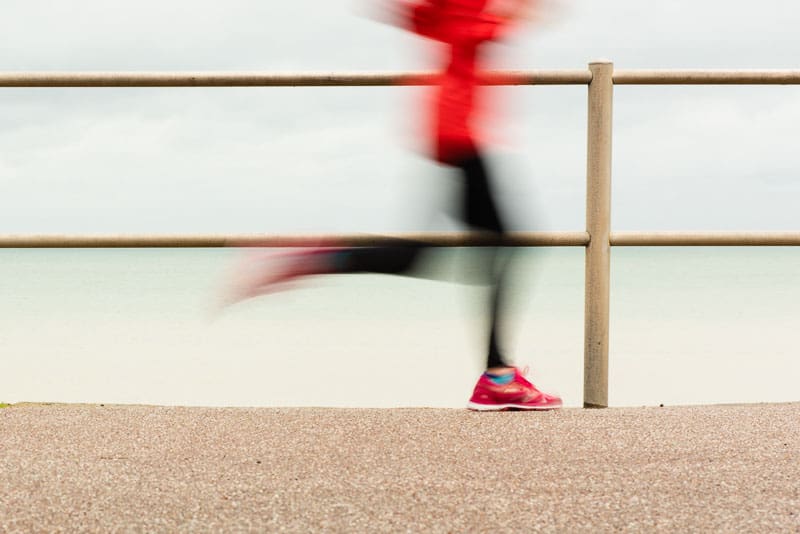 Direction of movement in photography

Of course the world doesn’t just move in one direction, so it’s not a huge disaster if you capture movement from right to left (as you’ll see in some examples further down), but if you can avoid it, then do.

Further reading: Does the left to right rule really matter in photography composition?

Speaking of composition brings me to the other element of movement photography.

Movement photography isn’t just about capturing movement, it’s also about creating a sense of movement in a photo, a visual flow. This involves composition, not camera technique. 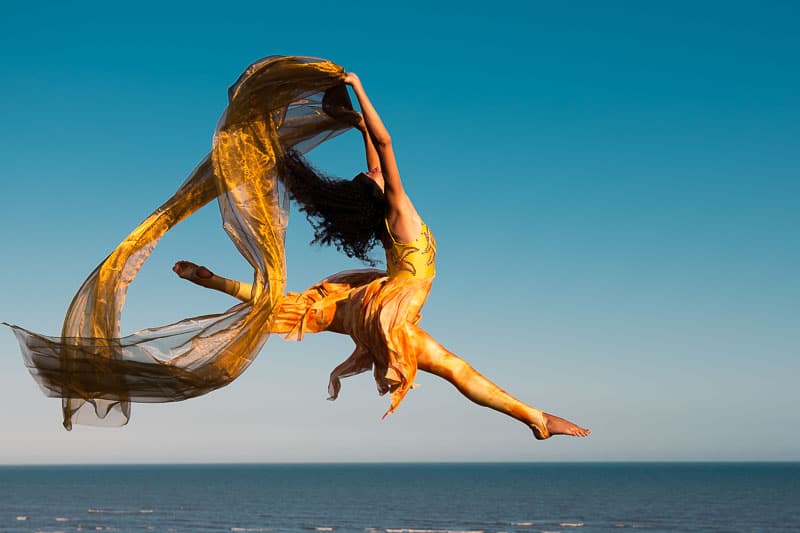 There’s a greater sense of movement in this dance photo than the one further up the page. Do you know why? Keep reading to find out.

How we direct a viewer around a photo creates the movement.

Just as music speeds up and slows down with faster and slower beats, we can speed up and slow down the rhythm of an image. This changes the feeling of the photo and therefore the viewer’s experience.

The study of movement in composition can be quite complex, so for now we’ll just look at the impact of:

You know how when you’re looking at a row of identical objects, your eyes move from one to the other and then back again? If you place something completely different in that row, your eyes will go straight there and keep coming back to it. It’s a resting place for your eyes before they dash off to inspect the repeating elements.

We constantly scan the world around us for clues, irregularities, similarities and points of interest. We do the same with photos.

Using repetition to guide the viewer’s eyes, gives them something to do, which creates movement.

Further reading: How to use repetition to make your photos irresistible 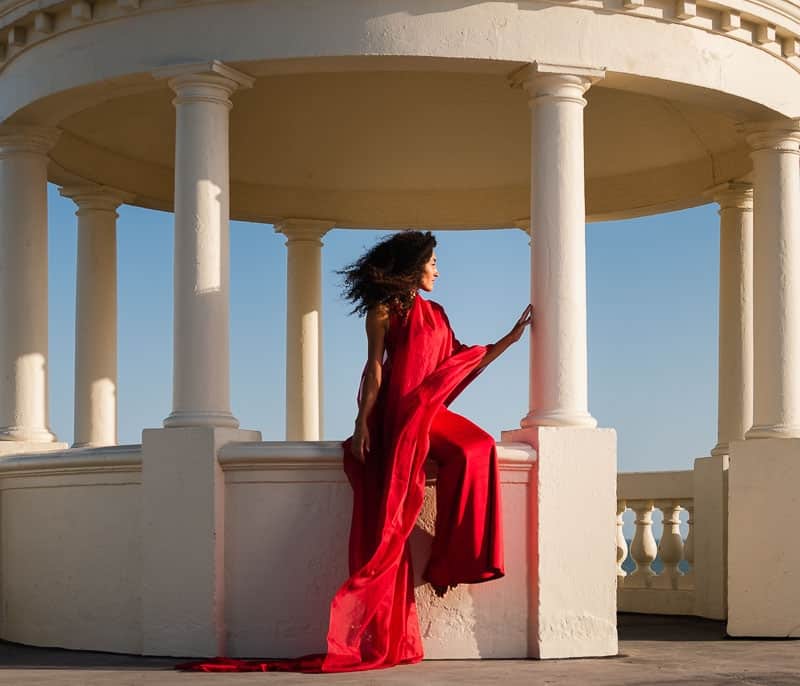 Compare this serene photo with the more energetic, yet almost identical, photo below.

Horizontal lines that are not on an angle are reassuring and relaxing and draw our eyes horizontally along an image. 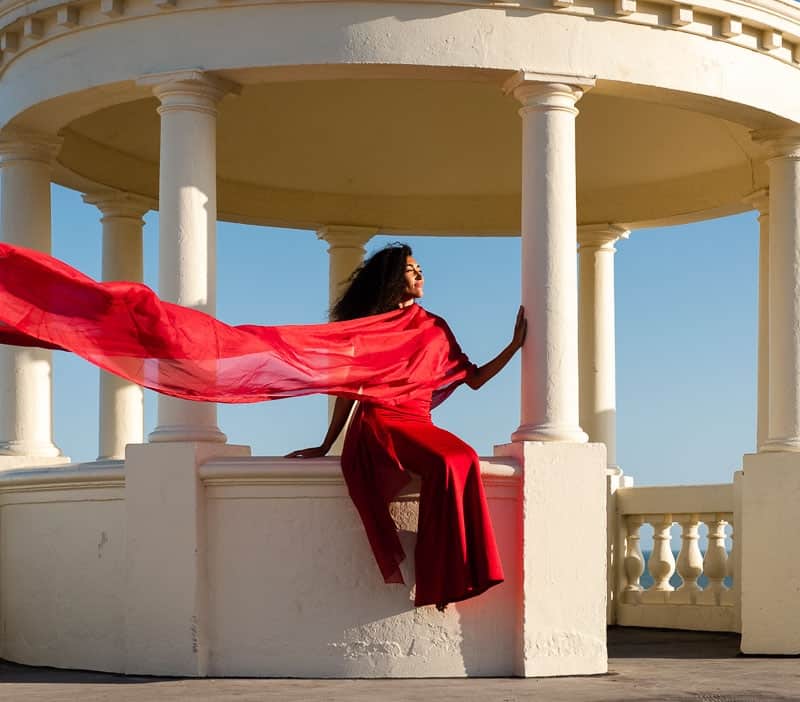 Diagonal lines are dynamic and create energy and movement. They demand attention and direct our gaze along their length. 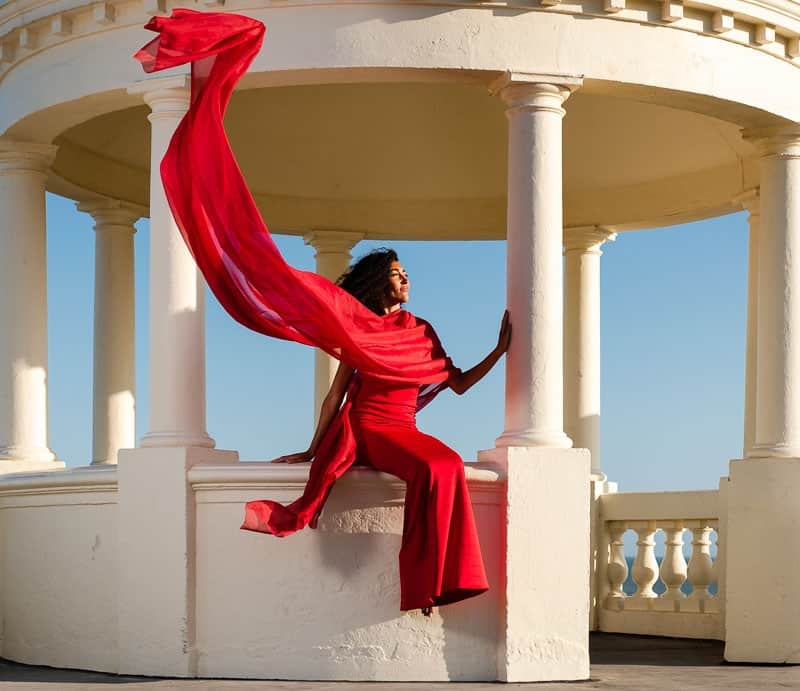 Of the three, this is the most dynamic with the greatest sense of movement, because of the diagonal line of the red fabric.

Further reading: 7 types of lines in photography composition and how to use them

Because our eyes follow the flow of a curve around and around, they create movement in photos. But the movement is slower, more meandering than a straight line, especially with an S curve. 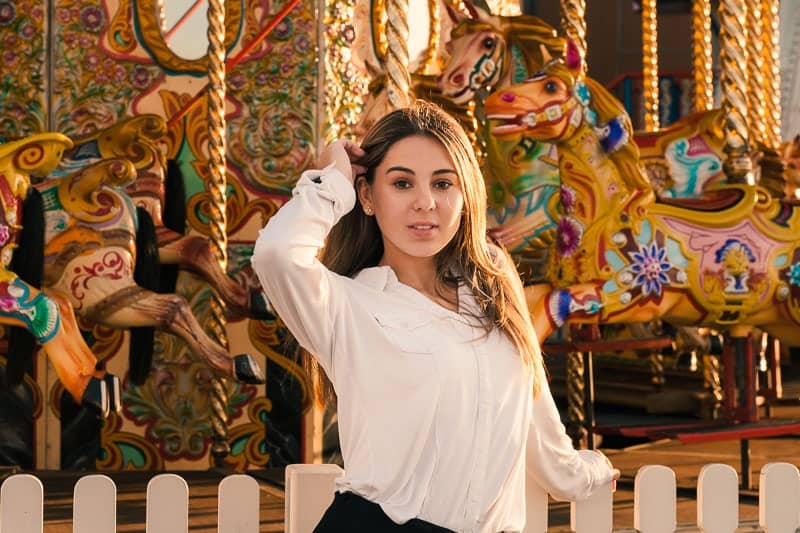 Unlike in the first fairground ride photo, in this photo the ride isn’t moving, but there’s still a sense of movement created with composition. Here’s how: 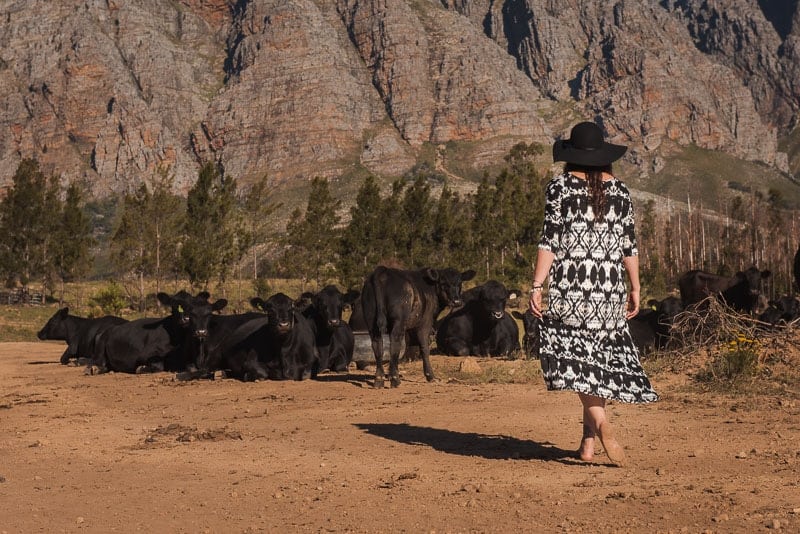 Here the model is moving slowly away from us, but our eyes are encouraged to move quickly around the image through composition techniques. Here’s how: 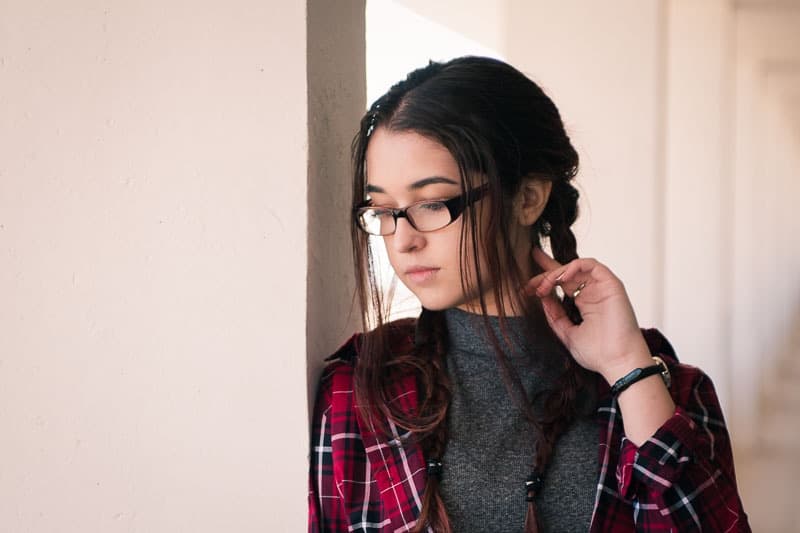 Not all movement photography is busy, sometimes we want to create a gentler movement that comes to a stop, as in this photo. Here’s how:

If you have any questions about movement photography, let us know in the comments.

Also, we love good news, so if our movement photography tips have helped you to understand how to capture motion, share that too.

Photography umbrella lighting intro – how to choose and use umbrellas