How to use high speed sync – an introduction

High speed sync (HSS) has been around for a while now, but it’s really starting to become widely used with all types of photographers. 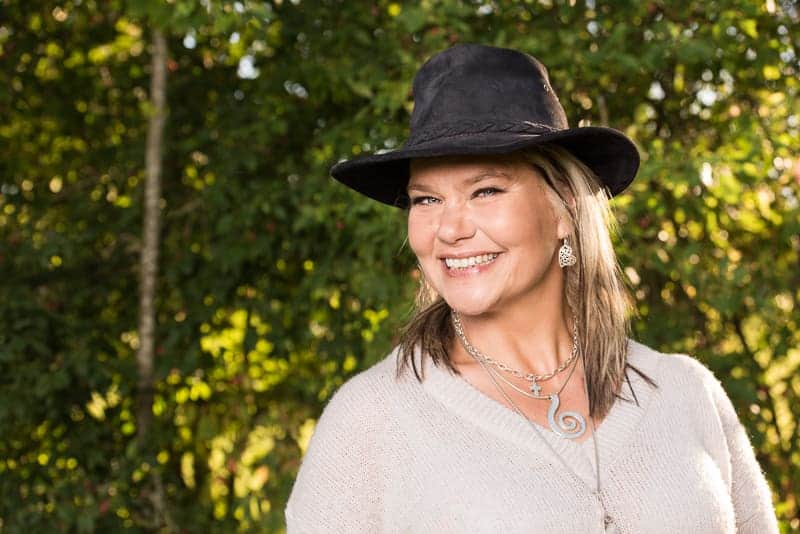 What is flash sync anyway?

Before we get into the details of high speed sync, let’s first go over what flash sync is.

Flash sync, or sync speed, is when the flash and the shutter release are synchronized. The flash fires at the same time that the shutter exposes the image sensor.

Here’s a representation of how the shutter works with normal flash sync.

What is high speed sync for?

High speed sync is for any time that you need to use a shutter speed faster than the maximum flash sync speed your camera.

When not using high speed sync, if you use a shutter speed higher than the flash sync speed of your camera, you’ll end up with a black band on your photo.

Further reading:  Why is there a black line on my photos when using flash?

3 times to use high speed sync:

There are three ideal situations for using HSS rather than normal flash sync:

A great time to use HSS is when you’re photographing portraits outdoors during the day and you want a wide aperture.

Without HSS, you would have to either:

The drawback of using an ND filter is that because you’re blocking light, seeing your subject and focusing can become harder. Some ND filters also have a color cast, which impacts the color of the image.

2. High speed sync when it is too bright outside

Even if you didn’t want to blur out the background with a wide aperture, sometimes it’s just too bright outside to use normal flash sync. Remember the Sunny 16 rule of thumb (with an f-stop of f16 you can set your shutter speed to one over the ISO for an accurate exposure)?

Well at f16 and a shutter speed of 1/300 it won’t be possible to use flash without using high speed sync as it will exceed the maximum flash sync of your camera.

Without high speed sync you will have to:

Further reading:  How to use the sunny 16 rule for quick exposure settings outdoors

How is high speed sync different?

As we’ve discovered, the big difference is that you use high speed sync at shutter speeds above your camera’s flash sync speed. This is the whole point of HSS.

In order to create an image using HSS, the flash pulses several times during the exposure, so that it has the effect on constant light on the subject. The pulsing is far too fast for us to see, so it still looks like just one flash of light to us.

Here’s a representation of how the shutter works in high speed sync.

What’s happening inside the camera is that as the front (first) curtain starts to drop, the rear (second) curtain follows fractionally later, so there’s a tiny gap between the two curtains as they fall.

As a result, only a rolling sliver of the image is visible to the sensor at a time. While this is happening, the flash constantly pulses, lighting the subject “continuously” as the opening drops.

So, because you can increase your shutter speed so much, you can widen the aperture to blur out the background. As a result, for portraits, you can achieve a blurry background at any time of day without having to use an ND filter. This is amazing for portrait photographers!

How do you use high speed sync?

High speed sync is a two step process, just like as using normal off camera flash.

With portraits you may want to underexpose the background so that your subject stands out in the image. A viewer’s eye is drawn to the lightest part of an image.

Further reading: Ambient light in photography – what is it and how do you use it?

Where can you use high speed sync?

You can use HSS indoors or outdoors – anytime that you need to sync flash and a shutter speed higher than your camera’s flash sync speed.

That said, most of the time HSS is used outdoors, because of the freedom it gives to use high shutter speeds and wide apertures in daylight.

What do you need for high speed sync to work?

Although high speed sync is incredible and brings a wonderful freedom to photographers, as with all things it does have its challenges. Because the flash has to fire many times during the exposure, it has to deliver a powerful burst of light with very short duration repeatedly.

The quality of the lighting equipment you use has a big impact on performance. With high end equipment, such as Profoto, you won’t face the same challenges as when working with speedlights.

Even then, as expected, high quality speedlights will perform better than cheaper speedlights.

This is not insurmountable, and I’m not saying you should rush out and replace your speed lights, you just need to learn to work within the restraints of the equipment you have.

Here are six challenges you could face when using high speed sync:

A word of warning about high speed sync photography

​Once you start using HSS and discover the freedom it gives to be able to capture your subject outside at any time of day without blowing out the background and with wide apertures, you’ll be hooked!

If you have any questions about how to use high speed sync, let us know in the comments.

Also, I love good news, so if my flash photography tips have helped you, share that too.

6 thoughts on “How to use high speed sync – an introduction”