Have you had a black line on photos when using flash? Don’t worry, it’s easily fixed and is just a matter of understanding flash sync speed!

Using the wrong flash sync speed is more common than you realise and a regular stumbling block for anyone first trying out flash. I’ve seen many SOS calls in online photography communities from photographers asking what happened to their photo. They’re ready to tear their hair out or take their camera in for repair.

The good news is that it’s very easy to fix the black line at the bottom of a photo, or on the side of photo that’s in portrait orientation.

Before we get into it, let’s first look at how flash works and how camera shutters work. This is where you’ll find your solution to the black line on photos. 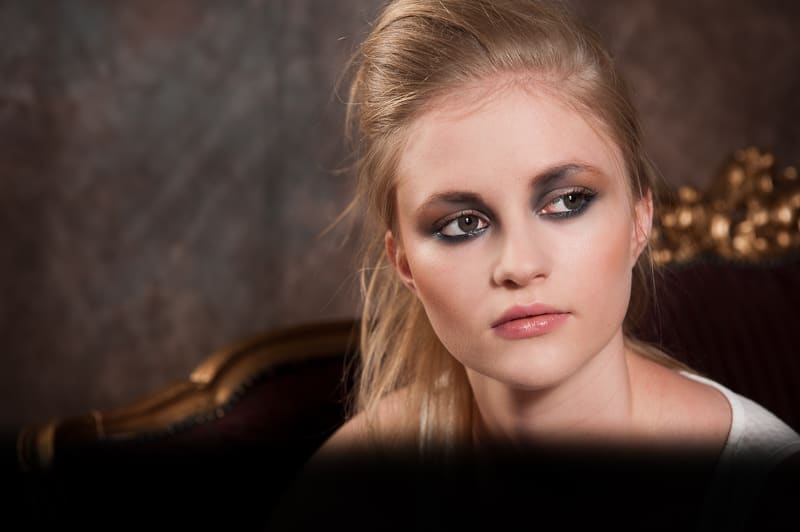 How does a shutter work?

Your camera’s shutter is not just one piece. There are two moving parts to the shutter that operate every time you take a photo. These parts are called curtains …because they operate like curtains! Except they move from top to bottom like a blind, not from side to side like every other curtain you know.

At shutter speeds below 1/250th (depending on camera), the first curtain moves down from the top to start the exposure. Once fully open, the second curtain follows to finish the exposure. You can see this demonstrated in a diagram a bit further down.

To get the diagram, tell me where to send it and I’ll email it to you.

How does flash sync work?

The second clue to figuring out how to fix the black line at a bottom of a photo is in understanding flash sync speed. There are three factors involved with how a flash works with your camera:

This is probably obvious now that you know how a shutter works. Front, or first, curtain sync is when the flash fires at the start of an exposure.

You can see the effects of front curtain sync when photographing a moving subject using a slow shutter speed. The flash exposes the subject and then the subsequent movement will be a blur in front of the subject.

Front curtain sync is the default flash sync mode for most cameras.

On the other hand, rear, or second, curtain sync is when a flash fires at the end of an exposure.

Rear curtain sync is great if you want your subject to be sharp in a low light situation using a shutter speed slow enough to risk movement blur. For example, photographing the first dance at a wedding.

With rear curtain sync, the movement is recorded and the flash then freezes the couple. The blur falls behind the couple and they are sharp.

Now we’re really getting into how to avoid that ugly black line!

When we talk about flash sync speed, we’re taking about the maximum speed at which your flash synchronizes with your camera’s shutter speed.

The maximum flash sync speeds for Nikon, Canon and Sony are:

This diagram demonstrates the stages of an exposure and how your flash syncs with your shutter. Do you know why the example photo is upside down? Keep on reading for the answer.

What is the black line on photos?

You might wonder why we should worry about the maximum flash sync speed of a camera. There’s a very good reason and you might already have worked it out.

If you use a shutter speed above your camera’s maximum flash sync speed, you end up with a black line across the side or bottom of your photo.

The faster your shutter speed, the bigger the blacked out part will be, because the second curtain moves further before the flash fires.

The Slow Mo Guys have created an amazing video demonstrating how a shutter works at different shutter speeds. I think the whole video is worth watching, but if you want to skip straight to the action, start watching at 0.58.

One last point on the black line in photos with flash

Now that you understand the mechanics of how a shutter works and how flash sync speed works, there’s just one point to add.

You might have wondered why the black line is at the bottom of the photo, instead of the top, if the second curtain moves from top to bottom.

Why is the top of the photo not blacked out?

The simple explanation is that, inside your camera, the image is captured upside down. The image you see in the viewfinder is that image reversed so that it appears as we normally see the world. Therefore what we see as a black line at the bottom of the photo, is a black line at the top of the upside down image inside the camera.

And that’s why the photo in my diagram is upside down!

High speed sync (HSS) is the solution to using flash with fast shutter speeds and avoiding the dreaded black line. I’ve covered high speed sync in another article. For now, the quick explanation of why it works is that the flash pulses several times for the duration of the exposure.

Further reading: How to use high speed sync – an introduction

If you’ve experienced a black line on photos or have any questions about flash sync speed, let us know in the comments.

Also, I love good news, so if my flash sync speed tips have helped you to avoid the black line on photos with flash, share that too.

Expensive lens or expensive camera – which is better?