There are three reasons why you should know your camera basics inside out:

How many shots have you missed because you were fiddling with your camera?

We’ve all done it. It’s part of learning photography and getting to know your camera settings. You don’t have to know it all now, we all start at the beginning, but if you want to improve your photography, there are no shortcuts, you need to master these photography fundamentals.

So here’s a list of what you need to know and below are some situations I’ve found myself in when I’ve had to rely on my knowledge so that I didn’t have to think about how to create a shot. Do you have any photography stories? Let us know in the comments.

How to avoid photography failure when the pressure is on 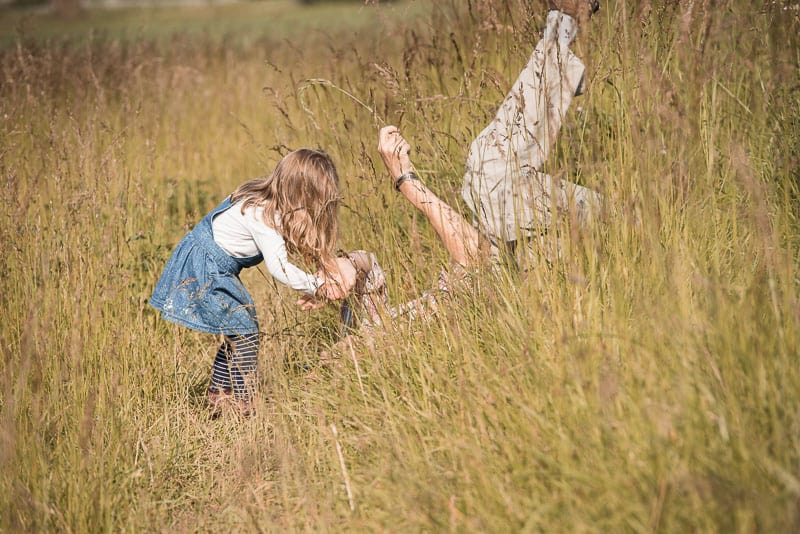 This was the moment before the top shot was taken – playing in the grass with her grandfather.

What camera basics do you need to know?

Once you know these camera settings inside out, and can change your settings without searching on your camera, you’ve got camera basics covered. After this you’re ready to move onto considering the bigger picture (pardon the pun)!

I’m not saying you have to shoot in manual. Not everyone wants to shoot in manual, and not every situation works for manual mode. What you do absolutely need to know, even if you’re using Program mode, is the three components that go into exposure.

It’s a steep learning curve in the beginning and focus is actually a much bigger subject than learning how to ensure that the focus is where you want it. It’s so worth it though, because once you’ve got the hang of this fundamental camera function, your photography will dramatically improve.

Once you’ve got exposure and focus under your belt, you’re on the edge of beginner, moving towards an intermediate skill level, which is where photography becomes much less frustrating and so much more enjoyable.

Focal length and depth of field are basics of composition controlled by camera settings and equipment and they make a huge difference depending on how you use them.

This was a very lively shoot with a wonderful, extroverted family. To create photos that show them as they are, you have to be ready to capture whatever pops up at any time, or in this case, whoever.

What photography basics do you need to know?

By this point, you’ve got a good working knowledge of your camera, which means that you’re not focusing all your attention on how to take the photograph.

Now you’re ready to learn photography basics so you can start creating a photograph, instead of just taking it. It’s photographing with the end result in mind and knowing how to achieve the look you want.

This is the truly exciting part of photography!

Photography starts and ends with light. But light isn’t just there to make a photo visible, it’s a powerful sculpting tool that will create atmosphere, flatter subjects and draw in viewers. To create photos that captivate, you need to know the  photography fundamentals of light.

There are many composition rules to help with creating engaging photos that direct the viewer. I suggest starting with these three.

Once you know them so well you don’t have to think about it, choose another three and build your composition knowledge gradually.

Posing doesn’t have to be formal, as in a portrait.

Even if you’re shooting lifestyle style, knowing what angles won’t be flattering means that you’ll concentrate on creating situations where everyone looks good, photographing only when the angle is right.

If photographing documentary style, you’ll concentrate on waiting for the right moment when they’re in more flattering positions. After all, there’s no point taking a photo of someone if they’re going to hate the way they look in it.

The more people you add to a photo, the harder it is to ensure everyone is in focus.

When you photograph people, you will at some point be in a position where you have to rely on knowing your camera, your gear, posing, composition, light, exposure …everything …so well that you can function under duress.

You can’t think about how to photograph, you have to focus on the people, the moment and creating the images they need.

I’ve had several of these moments.

Getting the shot when there’s no time

Just before the pandemic hit, I was away for a few days with my biz besties. We’d planned it a long time in advance and, aside from catching up with some of my favourite women, we had a lot of work planned. Including photography to update their social media accounts and websites. Two of them are working on a project together, but live in different countries, so it was really important to get photos of them together.

It was the afternoon of our second day and all was going fine, until Michelle received word that Germany was closing its borders the next morning at 8am. She’d travelled by car from Germany via Eurotunnel, so had to change her ticket and get moving really quickly.

I had 30 minutes to get all the photos they needed.

Not only was it a time crunch, but being worried about my friend potentially not being able to get home was stressful.

But you can’t think about these things.

And you certainly can’t faff about with equipment when you have no time. Also, like so many people, Michelle hates having her photo taken. So you have to stay calm, on top of things and be charming to distract a very worried person from the fact that she’s also being photographed.

Although, maybe her bigger worry about making it home helped her not to think about the camera!

If you’re wondering, we got some great photos and you’d have no idea of the stress at the time. More importantly, she made it home before the border closed.

Getting the shot in challenging circumstances

I’ve photographed a client’s wedding, knowing that the groom would soon die of lung cancer. Except they weren’t just clients. They’d become friends over the years. They booked me the morning he was told his cancer was terminal.

I cried the whole way through their beautiful church ceremony. Luckily, I was hidden behind my camera. It turned out that their wedding day was the last day that he was able to stand.

Sometimes you don’t know what the problem is, but you get a feeling that a shoot is really important. I don’t know how, but I suppose it’s from working so closely with people over so many years, you just know when it’s more than just a shoot.

I was booked for a three generation family shoot in my studio. Lovely family. They mentioned that the grandfather hadn’t been well, but that’s all I knew.

So I made sure that I shot fast, didn’t put the grandfather under any strain and posed the family around him. I kept it lighthearted and paced the shoot so that it didn’t feel rushed.

All my energy went into making it a good experience. I had no headspace to think about:

Three quarters of the way into the shoot the grandfather collapsed. We called an ambulance and he was rushed to hospital. He died of cancer 12 days later, but the family were so grateful to have those last family photos all together. We’d captured all the photos they’d wanted.

It’s not always sad times though. A few of the common times you absolutely can’t get it wrong is a: 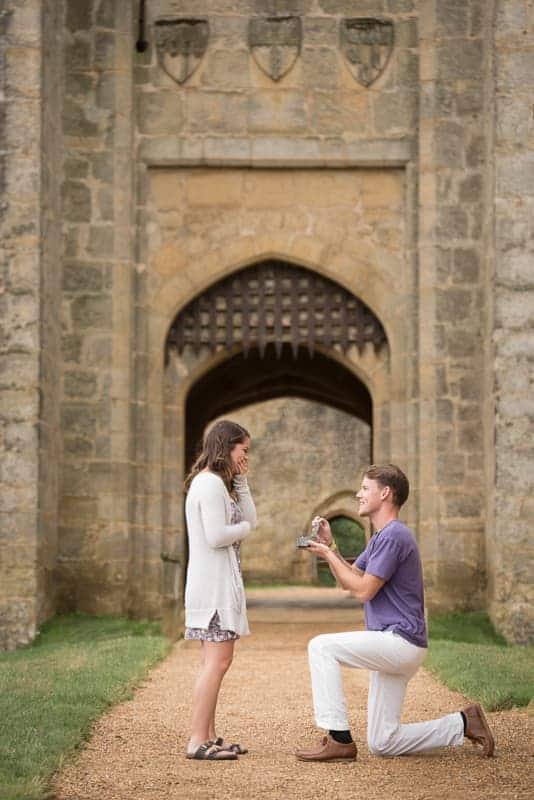 Fortunately everybody loves a proposal and the moment people saw what was about to happen, they got out of the way. There was just two people in the background that I removed in Photoshop.

Getting the shot when there’s only one chance

The most challenging one being a couple who flew from America to the UK so that he could propose to her in front of a castle. She of course didn’t know this. So it all had to be a big act of a couple shoot to mark their wonderful holiday and visiting somewhere they both really wanted to see.

Like a wedding, there are no do-overs for proposals.

The challenge was being in a busy tourist attraction, on an overcast day, with a nervous client and his unsuspecting girlfriend. We’d planned it in secret over Skype – I’d visited the venue and determined the best place for the proposal, organised permission to shoot there and we’d agreed on a signal.

Then we had to act casual. Again, I had no time to think about photography. I was too busy concentrating on not ruining the moment by giving anything away.

I could go on. The longer you photograph people, the more stories you have to tell. They all have to end with photos that will be treasured forever, because that’s what you pay for when you hire a professional photographer.

Not everybody is a professional photographer

Even if you’re not photographing for clients, you’ll have situations where a scene unfolds before you and you want to capture it before it goes.

If you know your camera basics and photography basics inside out, you won’t have to think about it. The moment you bring your camera to your face, your fingers will already be changing settings and you’ll stand a greater chance of capturing the magic.

Parents of young children – you know how fast they move. Your fingers need to be faster on the dials, without the delay of thinking.

So, as you’re presented with far more time at home than you’d planned, take the golden opportunity to really get to know your camera and understand the basics of photography. You’ll never have as much time as this again.

If you have any questions about camera basics or photography basics, let us know in the comments.

Also, we love good news, so if my tips and stories have helped you to understand the need to know your camera, share that too.

Will this photography tutorial motivate you to learn camera basics? 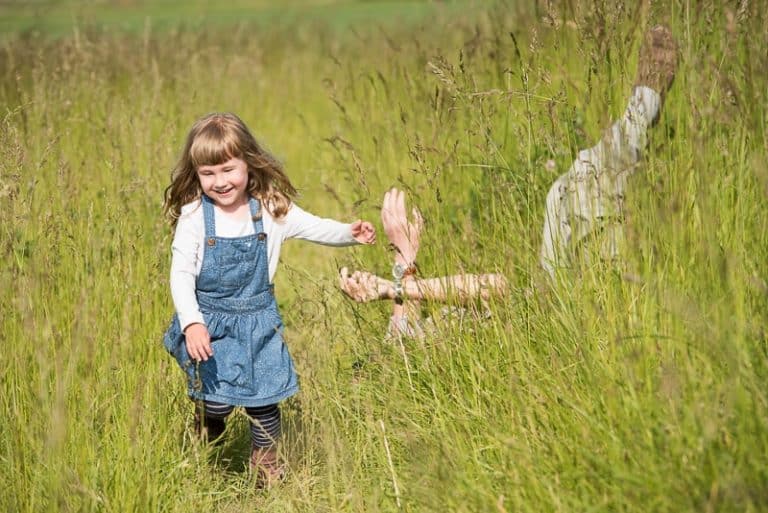 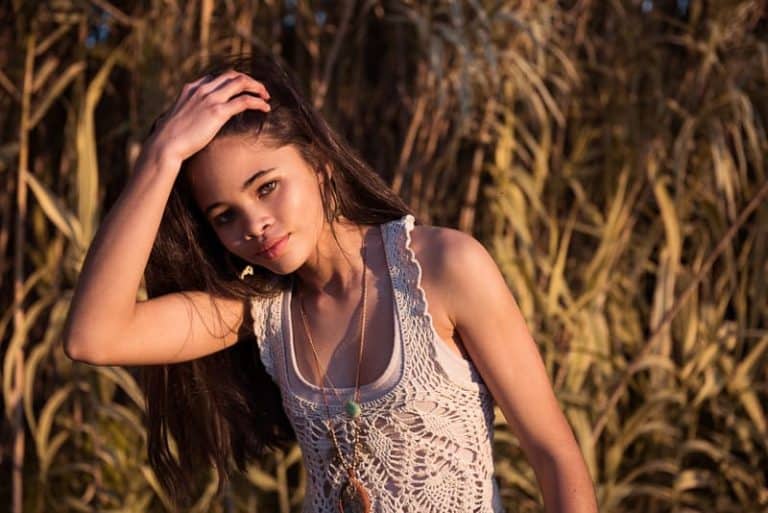