What is aperture in photography?

Aperture is one of the three essential elements of the exposure triangle. The other two elements are shutter speed and ISO.

However, aperture seems to be the element that occupies, and often confuses, most beginner photographers. So, let’s break down the exposure triangle and see what aperture does. 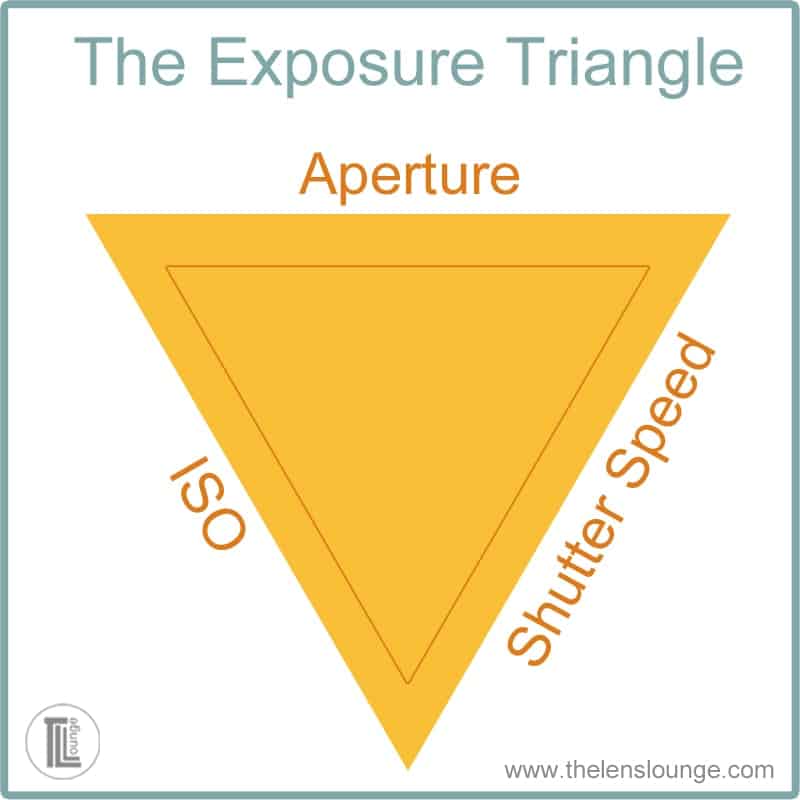 According to the dictionary, aperture is an opening, hole or gap. For example, with a picture frame hanging on the wall, the opening in the frame for the image is the aperture.

Aperture in photography refers to the opening inside the lens that lets light in. 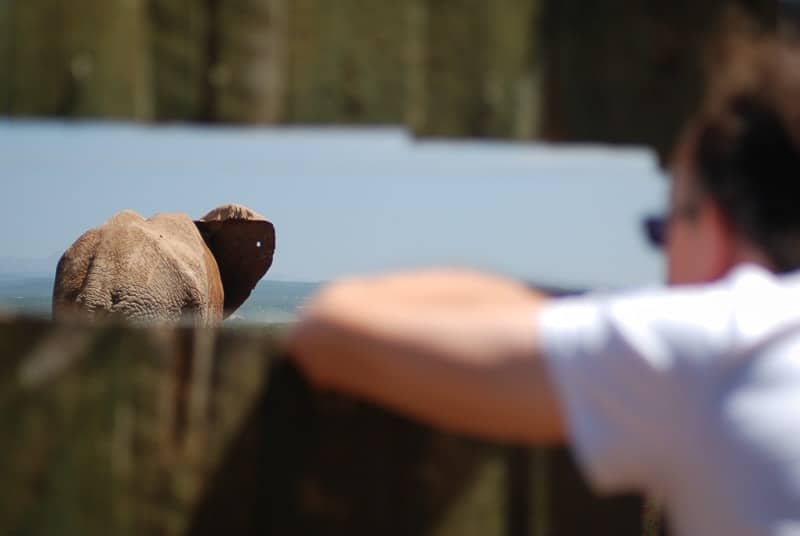 What does aperture do?

If you pick up your camera, or just a lens, and look down the lens as you turn the aperture ring, you’ll see the opening getting bigger and smaller. That’s the aperture mechanism at work.

So, when you adjust the aperture setting on your camera, you adjust the diameter of the opening. This controls the amount of light hitting the sensor, like your iris opening when you enter a dark room.

The more your iris opens, the more light gets into your eyes and the more you see.

It’s the same with the exposure triangle and aperture. The wider the aperture, the more light enters the lens and hits the sensor and the brighter your image will be.

Think of a cat’s eyes during the day versus its eyes in the dark. Or any eye for that matter. 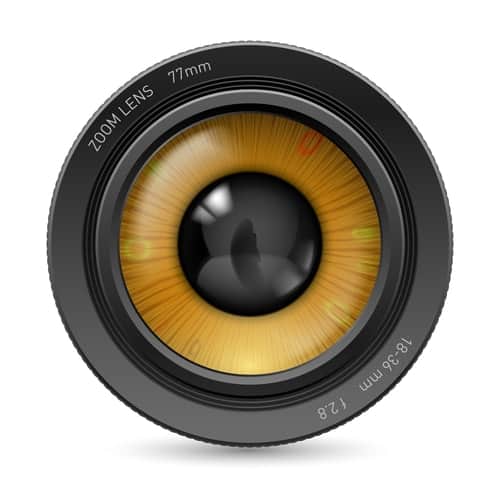 As I mentioned earlier, aperture is not the only aspect that affects how bright your image will be.

Exposure (the brightness of your image) is also affected by the other two elements of the exposure triangle:

For now though we’re concentrating on aperture’s role in the exposure triangle.

What are aperture settings?

The difference between each F number is called a stop, which is why we also call them f-stops. So, f5.6 is a one stop difference from either f8 or, in the other direction, f4.

Further reading: What are stops in photography exposure?

You can also alter aperture by less than a full stop (half stops and third stops), but for now let’s stick to talking about full stops.

Examples of full f-stops are:

Not every lens has all these f-stops and if you got a kit lens with your camera, its aperture range is probably f5.6 – f22. 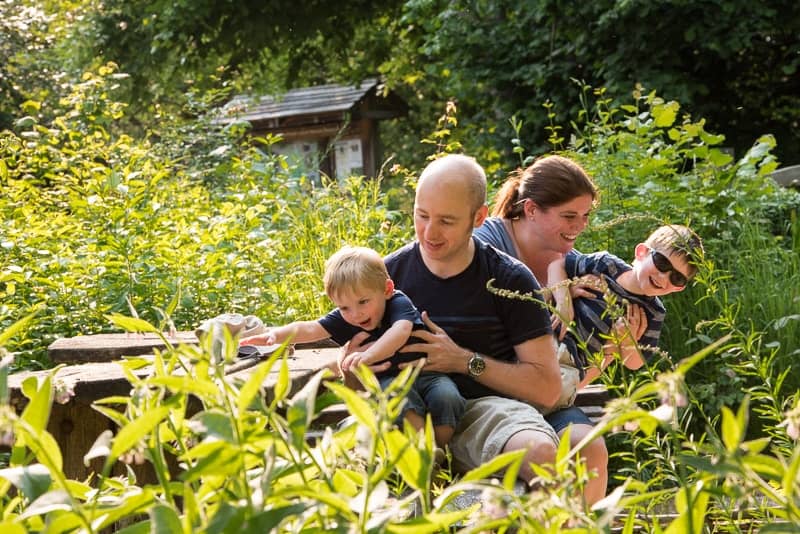 What do the f-stop numbers mean?

Now, this is where things can get a bit confusing, but it will make sense in a moment. When we say:

It can be hard to wrap your head around this concept when you’re first starting out, because it’s confusing to talk about smaller numbers being a wider aperture than bigger numbers.

BUT the numbers aren’t actually getting smaller, because they’re actually fractions, even though they’re not written as fractions – f2.8 is actually f/2.8, which is bigger than f22, which is f/22.

The f-stop number is a fraction of the focal length of the lens. That’s what the f in f-stop stands for – focal length. And it’s why you’ll see an f-stop of f2.8 also written as f/2.8.

The simple way to understand aperture

So, here’s a solution…

Think about aperture in terms of depth of field (which I’ll explain in a moment), because that’s what you’re controlling when you set your aperture (your f-stop, or F number). 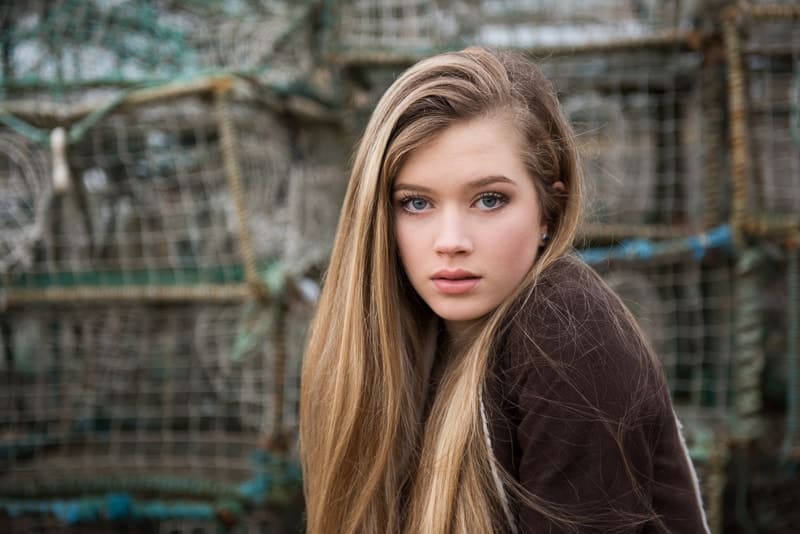 Aperture and depth of field

So, we know that aperture controls how much light enters the lens, but it has another really important use which I mentioned above.

I say one of the ways, as blurriness (or depth of field) is also affected by the focal length of your lens and the distance of the subject from the background in relation to the distance from the camera.

For now though, we’re just looking at how aperture affects the sharpness of the background, known as depth of field (DoF).

Here’s a fun little scene I set up to demonstrate how aperture affects depth of field. The two images show the difference between photographing at an aperture of:

Depth of field is the range of distances either side of the point where the focus is sharp. This is not an equal distance, however.

About those blurry backgrounds…

A narrow, or shallow, depth of field means that a very slim area in front of and behind your subject will be sharp.

If you have a number of subjects in shot and you’re photographing at a shallow depth of field, you’ll need to have all your subjects on the same focal plane for them all to be sharp. In other words, it’s best that they’re side by side rather than one behind the other.

The focal plane is an area, a certain the distance from the camera, at which the sharpest focus is achieved – i.e. where you focus on your subject. 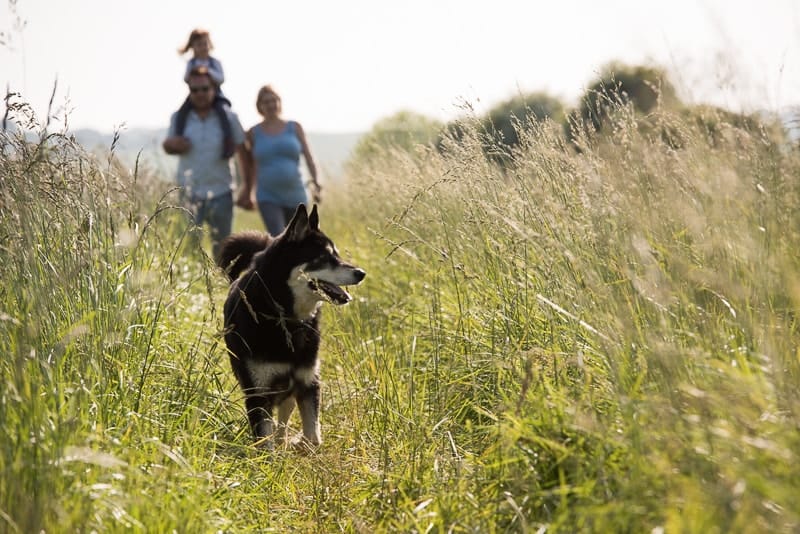 About those sharp backgrounds…

Setting a deep, or long, depth of field means that there’s a larger area in front of and behind your subject that will be sharp.

A deep depth of field also referred to as “front to back sharpness”, which is why it’s favored by landscape photographers. They want lots of detail in the foreground, as well as the background of an image.

Summary of aperture and depth of field

Our really helpful printable cheat sheet lists all the f-stops between f2.8 and f22, including the half stops and third stops. It’s a great reference guide. If you missed it earlier, here it is again.

Shooting in manual mode is the goal so that you can take complete control of your camera and achieve the exact results you want. That said, if you’re currently shooting in auto mode or program mode and don’t want to dive in at the deep end, the next best thing would be to shoot in aperture priority mode.

When you set your camera to aperture priority, you decide what aperture you want to shoot at and the camera then sets the shutter speed accordingly. You’ll also have to set the ISO and will have to adjust it up or down to ensure a correct exposure for the aperture and corresponding shutter speed.

Now that you know what aperture you need to achieve the type of image you want, you just need to set shutter speed and ISO…and that is the exposure triangle!

Further reading: Aperture priority vs shutter priority – which is better?

If you’re struggling with aperture, you can be sure that many others are struggling too, so share your challenges below and I’ll give you some help.

If this tutorial has helped you to understand the exposure triangle and aperture, share that too – I love good news!

Exposure triangle in photography – what is it and how does it work?

8 thoughts on “What does aperture do in the exposure triangle?”