5 types of perspective in photography composition
Skip to content

Perspective in photography composition seems, on the surface, to be quite straight forward, and actually it is.

What is perspective in photography composition?

The biggest challenge in photography is to create a two dimensional representation (a photo) of a three dimensional world that feels three dimensional. We’re always trying to make a flat surface feel real and to do this we need our photos to have depth. This is what perspective adds to an image.

Being aware of and applying the principles of these two aspects of perspective in photography helps you to manipulate how you want the viewer to experience your photo:

And everything in between the two! So, through perspective you:

How do you show perspective in photography?

5 types of perspective in photography 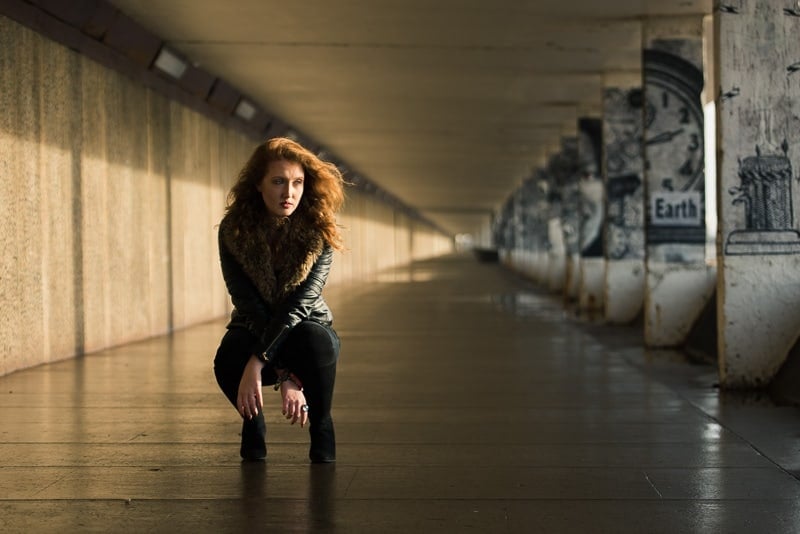 As the sides of the walkway extend into the distance the two sides appear to meet.

One of the best ways to create depth in a photo, and therefore make it feel more 3D, is with the use of linear perspective. However, we’re all so familiar with it that we’re not always aware of it when we see it.

Two types of linear perspective are:

Think of a long, straight road leading out in front of you and vanishing into the distance. That’s one point linear perspective in action. In other words, there is only one vanishing point.

We know that the parallel sides of the road don’t ever actually come together and meet in the middle, but when can see the vanishing point of a long straight road, we know it’s far in the distance. So, one point perspective in a photo, it adds depth, and the closer those parallel lines come to actually meeting, the further away the vanishing point appears. 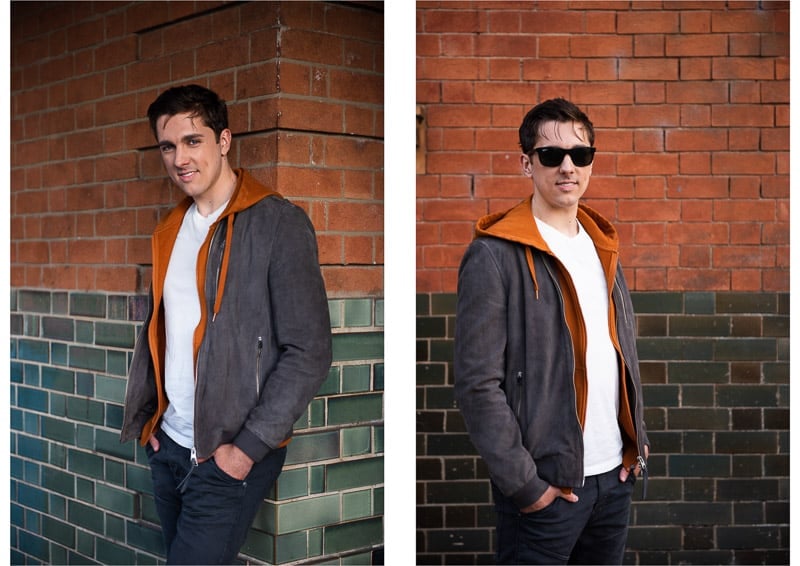 The photo on the left, photographed at the corner of a building, demonstrates 2 point perspective and presents a more dynamic image than the image on the right, photographed against a flat wall.

Can you think of what would give you a two-point perspective, in other words two vanishing points? So that’s two points in the image where the lines disappear into the distance.

An ideal example is the corner of a building. By placing your subject at the meeting of the two walls, the corner, you create a much more compelling composition than if they were placed against a flat wall, because: 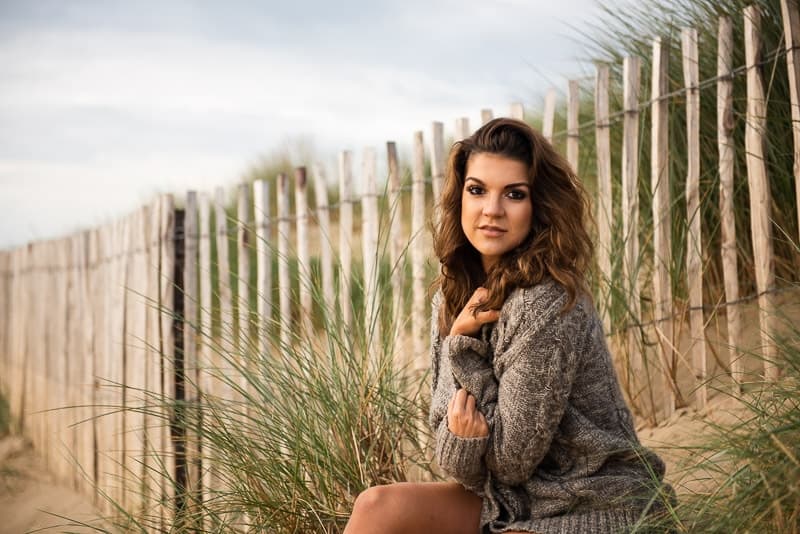 As the fence extends into the distance it appears smaller, lending depth to the image.

Speaking of things vanishing into the distance, diminishing scale perspective is what you observe when the distance between you and a series of objects increases – the objects get smaller the further away they are.

Think of a forest growing up the side of a mountain and extending into the distance. The first line of trees are huge, but the trees right at the back appear tiny.

So, in an image larger objects are interpreted as being closer to the camera than smaller objects, even though the close objects may be the same size or smaller than the objects further away. This again helps to create a feeling of depth in an image.

Which leads me onto forced perspective.

By carefully lining up the subject close to camera with the object further away, but still in focus, you can force perspective for an interesting composition.

Likewise, you can do the same in reverse by making small objects look big in a photo. For example, by placing a toy car close to camera and a person towards the back of the shot you can make the car look like a full sized car.

Quick tip – use a narrow aperture when forcing perspective. This will help to keep both your front and back subjects sharp (depending on how far apart they are of course) and seem like they’re on the same focal plane. If necessary use focus stacking for an image with front to back sharpness.

So when we use overlap perspective in an image it adds to the depth of the image, which makes it seem less 2D and more 3D. Something to bear in mind to make your photos more interesting.

Further reading: 4 hot tips for a dynamic foreground in photography – use the space! 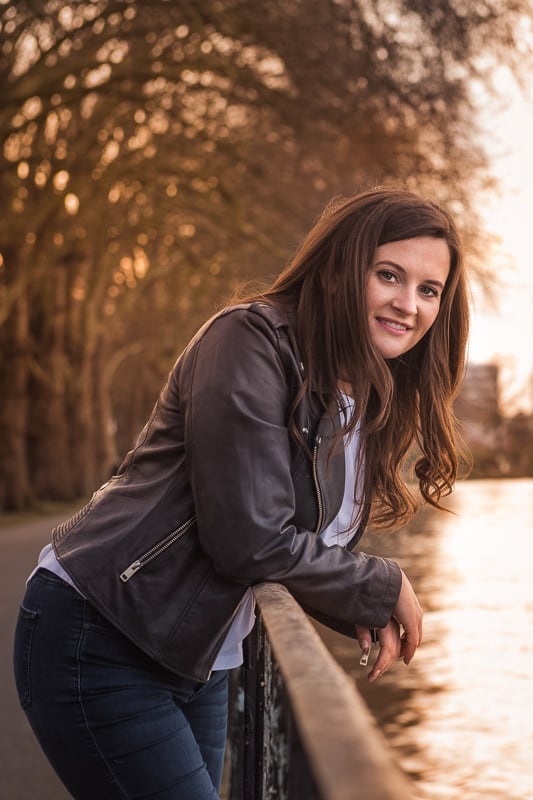 You don’t always need a great distance for atmospheric perspective to impact an image. Here the early evening haze of sunset helps to create depth and add distance between the subject and the background.

The more space there is between an object and the camera the less defined the object will be, because of atmospheric conditions such as dust and humidity, among others.

We’re used to having a fuzzier view of objects in the distance, so when we see a slightly washed out mountain range in the distance of a photo, it adds to the three dimensional feel.

Tips for using perspective in photos 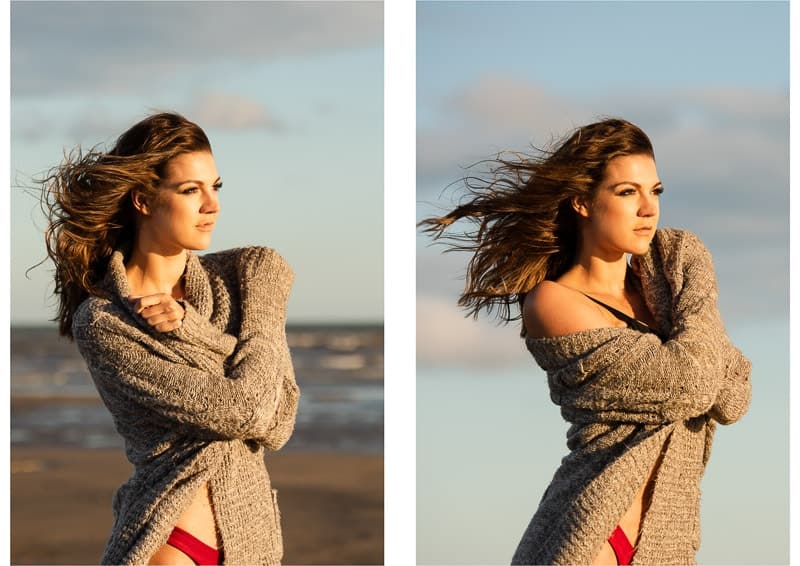 Although I’m a couple of inches shorter than Claudia and my knees were slightly bent for a lower viewpoint, the first image is still from a standing viewpoint. To change it up and create a different feel, for the second image I knelt on the ground and photographed upwards.

To get variety out of a shoot, vary your viewpoint. Different viewpoints not only offer a different way of looking at a scene, they also change the dynamics and atmosphere of an image.

Changing your position changes the perspective, because it changes the spatial relationship between elements in a scene.

Further reading: 4 of the best photography viewpoints for impressive composition

The first photo was shot at 135mm. I then moved closer and shot the second photo at 24mm.

It’s a common misconception that you can change perspective in photography by changing lenses and that telephoto lenses compress distance in an image. What they do is magnify the scene so that objects fill the frame more than if you were using a wide angle lens.

If you use a wide angle lens and move closer to the object so that you fill the frame to the same extent as you would with a longer focal length, the perspective changes.

The combination of a wider angle and getting closer to the subject creates the impression of the objects being further apart in the second image. Incidentally, you can see also the distortion of the front object created by photographing close to the subject with a wide angle lens.

How to use differential focus to make your composition pop

Much of the 5 types of perspective in photography is very familiar to us in every day life, regardless of whether we’re photographers or not. So familiar that we take it for granted and don’t bear it in mind when composing an image.

Being aware of photography perspective and thinking about how to use it to enhance an image or underpin the message of a photo is at the heart of photography composition. So, don’t be too quick to raise your camera to your eye. Slow down so that you can truly see what’s in a scene, think it through and then create your image.

If you have any questions about perspective in photography, let us know in the comments.

Also, we love good news, so if our photography tips have helped you to understand how to use perspective share that too.

Will this tutorial help you with perspective in photography composition? 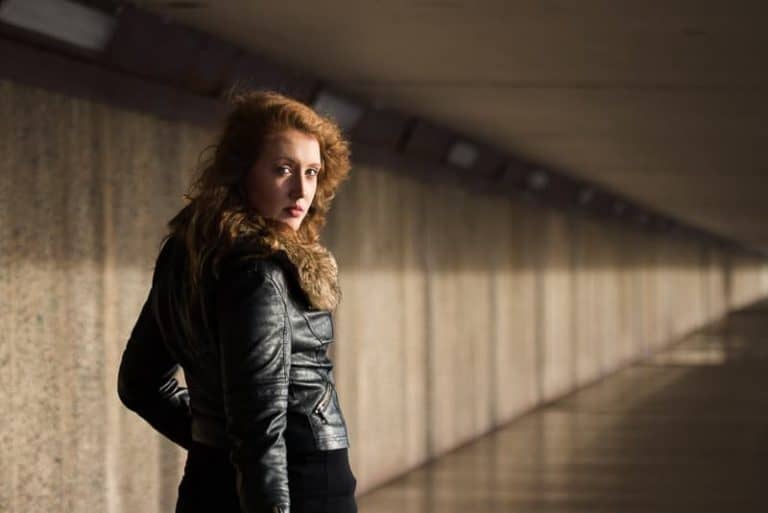 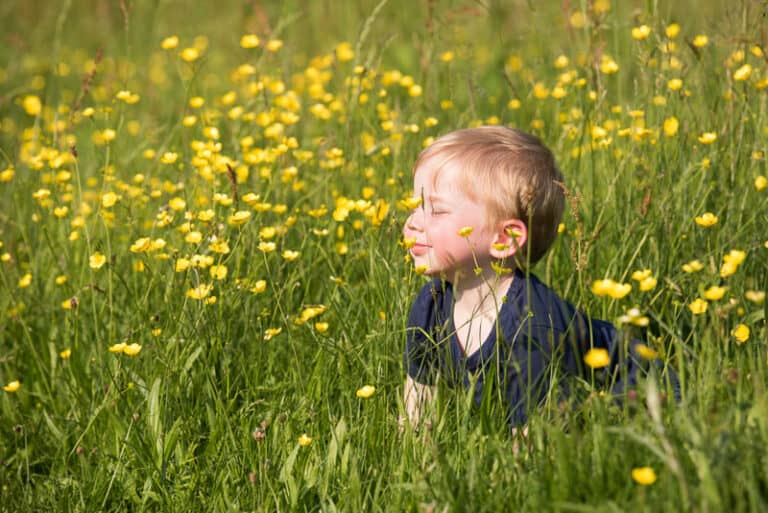 4 hot tips for a dynamic foreground in photography – use the space!

2 thoughts on “5 types of perspective in photography composition”