It impacts many of your photography decisions, so you’ll come across contrast in photography a lot!

When you compose, light and even process your photos, contrast in photography is an essential factor to consider.

High contrast, low contrast and how much contrast in photos are all important decisions.

What is contrast photography?

When something contrasts with something else, it differs.

So, with contrast photography, regardless of the type of contrast, its job is to draw attention by highlighting the difference between elements. The more contrast you include, or add, the more obvious the differences will be.

While the concept of contrast photography remains the same, how to use it and what it is varies depending on whether we’re talking about: 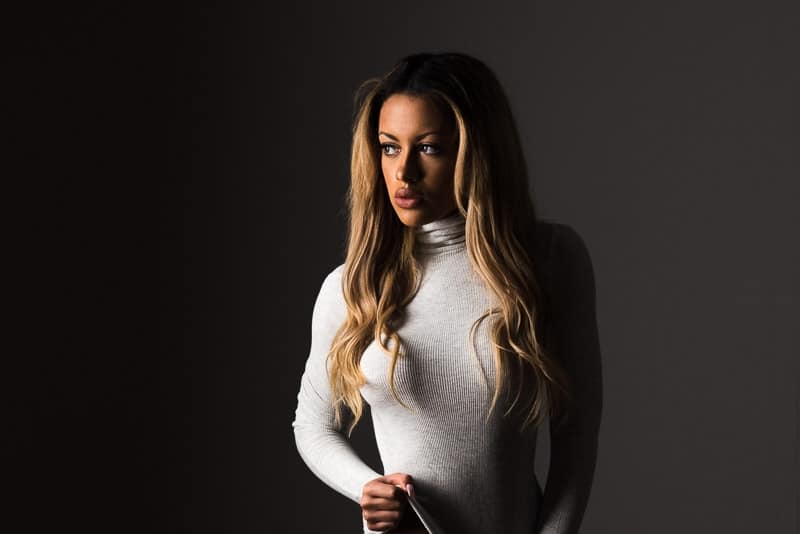 What is contrast used for in photography?

So, we know that contrast adds interest to an image, because of the variety it offers. But there’s more to it than that. Contrast is used in photography as a fantastic tool for:

To understand why contrast is so effective in photography composition, read about the Gestalt principle of figure to ground in our tutorial on Gestalt theory.

What is tonal contrast in photography?

The first type of photography contrast we learn as new photographers is tonal contrast. It’s also the most dramatic and a really easy way to create atmosphere in a photo.

Tonal contrast refers to the ratio of light and dark tones in an image. How much tonal contrast is in a photo has a big impact on the atmosphere. You can see this clearly in the difference between:

This is created by strong tonal contrast of light and dark, with deep shadows and bright highlights. A typical example of high contrast photography is the image at the top of the article.

Low contrast photography on the other hand is much more relaxed, even in temperament and light hearted.

It’s the lack of shadows and highlights, the minimal tonal contrast, that creates this vibe. 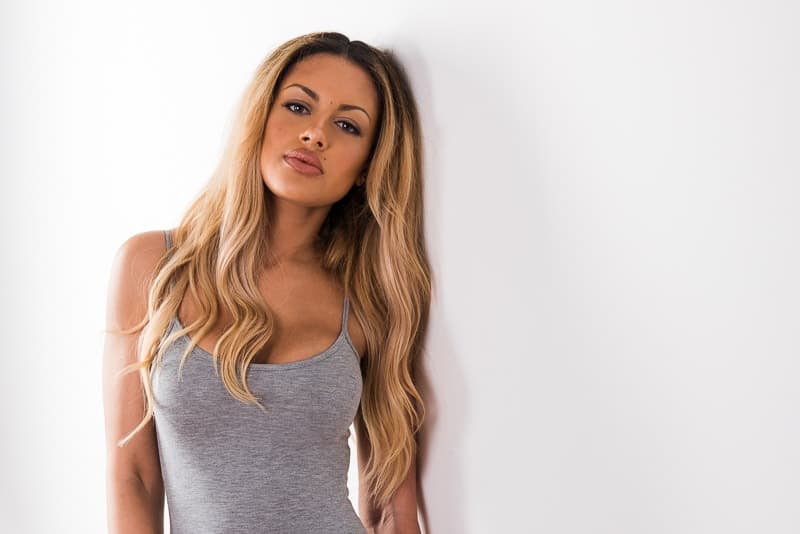 The tonal contrast in this image is low as the lighting is soft with soft, minimal shadows. The color contrast is also low, because of the neutral colors of the wall and her clothing. As a result there’s a very different mood in this photo when compared to the top image, which is a high contrast photo.

So low contrast photography is often seen in newborn photography. Low contrast would not work for an edgy street scene and it wouldn’t be vibrant enough. For that you’d need high contrast.

How do you maximise tonal contrast?

The biggest influence on tonal contrast in photos is light. More specifically, how we use light in photos to create or eliminate:

Further reading: How to use shadows in photos to add atmosphere

Hard light creates sharper, deeper shadows than soft light, which could result in no shadows at all. At the very least, soft light shadows are light and do not have defined edges.

So, to control tonal contrast when capturing an image you need to understand the characteristics of light. 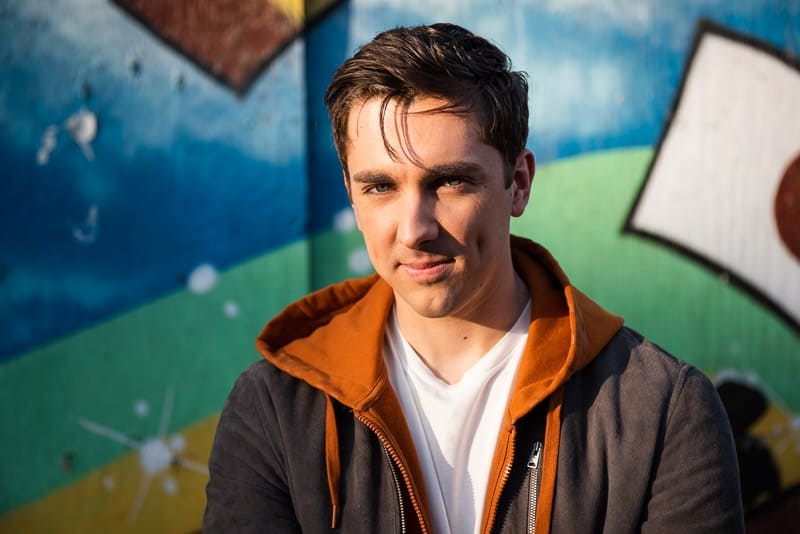 When an object is lit from the front, light fills the crevices and flattens bumps, so there are very few shadows and therefore little tonal contrast. Side light on the other hand is ideal for bringing out surface texture, so is ideal for maximising tonal contrast.

Further reading: Direction of light – how to use side light 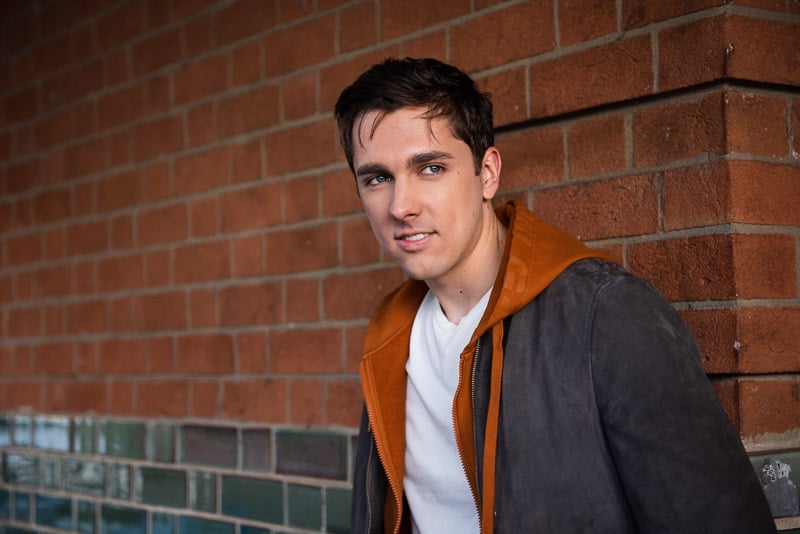 Complementary colors have been used for high color contrast. However, he’s front lit with soft light, so it’s a low tonal contrast photo.

The impact of light on the tonal contrast of an image can then be further maximised or minimised in post production. This can easily be done in Lightroom using the contrast slider.

However, just using the contrast slider won’t give you maximum contrast control. These tools are far more refined for adjusting contrast:

What is color contrast in photography?

Contrasting colors are opposite each other on the color wheel and are known as complementary colors (although it would be much easier if they just called them contrasting colors!).

One side of the wheel has warm colors and the other has cold colors. For color contrast, use both a cold color and its contrasting warm color, to create a vibrant image that demands attention. 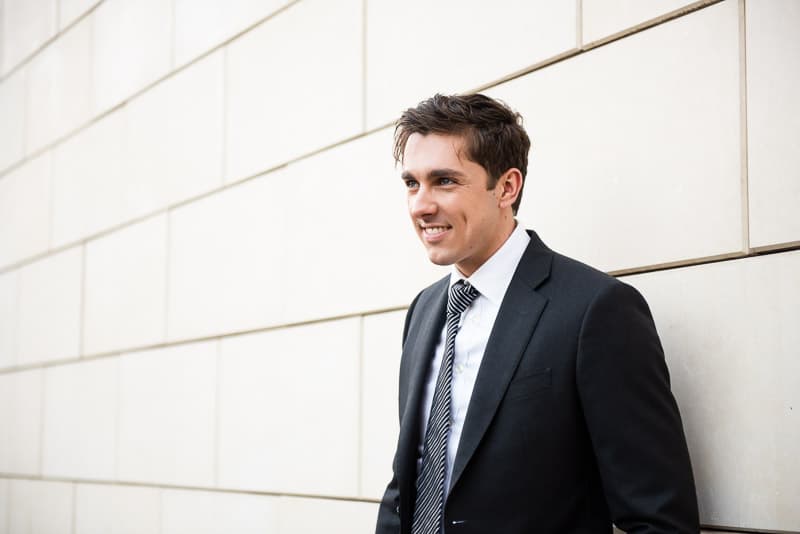 A smart businessman against a corporate looking building. There’s very little color in the image and the lighting is quite flat, however there’s high contrast between the dark tones of his clothing and the light tones of the background and his shirt.

This is another way of saying juxtaposition, which is a composition technique that uses contrasting elements in a scene to make a statement or create tension, and therefore interest, in an image.

Examples of juxtaposition are:

You could also use contrasting textures, like rough and smooth, for interest in an image, as well as contrasting shapes, such as round and square. 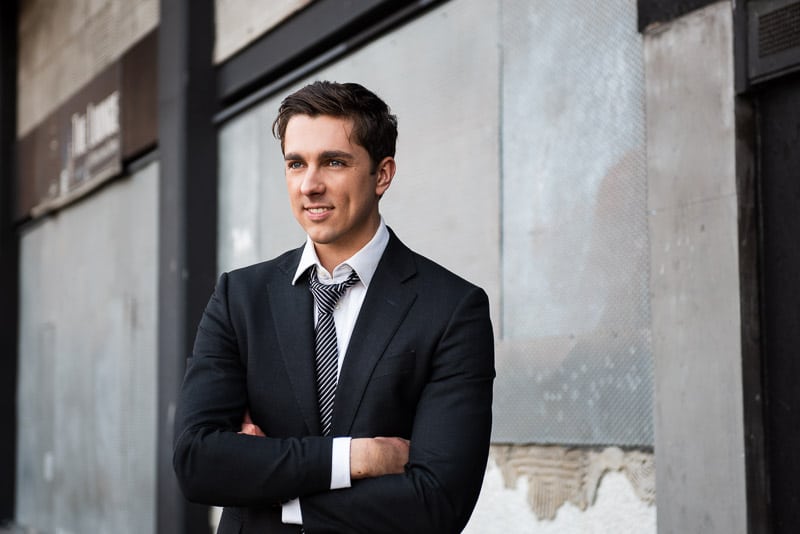 This is a high contrast photo in terms of composition, because the subject is a smart looking businessman juxtaposition against a rundown background that also includes a lot of different textures. However, the tonal contrast is low, because the lighting is quite flat and he is front lit by very soft light. The color palette of the image is low contrast, consisting of mainly grays and browns with black and white.

If you have any questions about contrast photography, let us know in the comments.

Also, we love good news, so if our photography tips have helped you to understand how to use contrast in photography, share that too.