As a new photographer there’s so much to learn and it’s very easy to look back and see where the journey could have been easier or faster. So here’s my short list of 5 basic photography tips I wish I knew as a beginner photographer.

I hope these tips help you get there faster.

(This post contains affiliate links, which means when you buy through my links I may earn a small commission at no cost to you.) 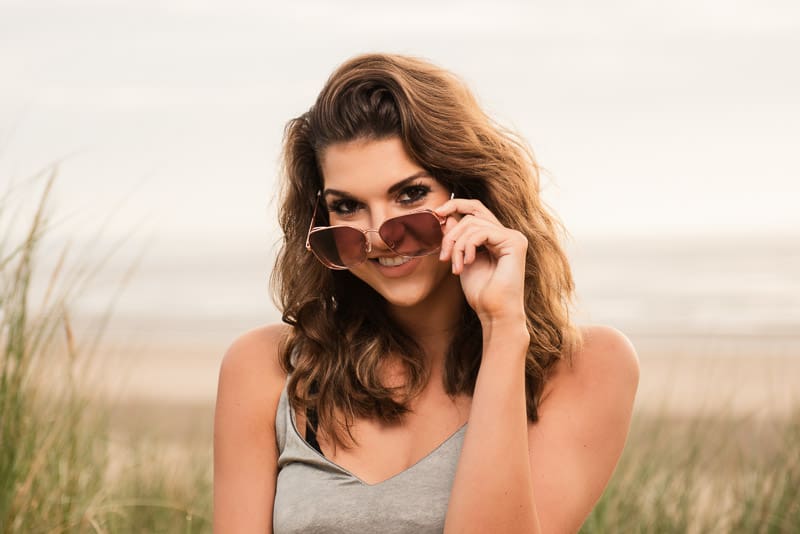 1. Manual mode is for new photographers too

I really do wish that as a new photographer I’d just taken the leap to manual mode earlier. I mean, what’s the worst that could have happened?

I didn’t try it until I attended a photography workshop and the trainer told us all to switch to manual mode then and there without hesitation and to stay in manual mode for the rest of the workshop.

There was no going back after that!

Everything just clicked into place and I realised that it really isn’t a big scary thing. For the first time I paid attention to the exposure indicator. It’s not like I hadn’t seen it before, I just didn’t take any note of it, because I didn’t understand it.

Seems a little silly now to ignore something just because I felt intimidated by it.

I realised how easy it was to shoot in manual mode as long as I paid attention to the exposure indicator. Of course there’s more to it than that when working in tricky lighting conditions, but to start with I didn’t go anywhere near difficult lighting, so that was fine for me.

While I’m a huge fan of off camera flash, in the beginning, like many of us, I photographed with natural light only. This was for two reasons:

My first introduction to anything other than natural light was in an article I read in Amateur Photographer magazine sometime around 1993. It suggested photographing with black and white film and then using a desk lamp to light the subject.

So I loaded up my very old Pentax with Ilford XP2 (a 400 ISO rated black and white film) and, armed with nothing more than my desk lamp, started photographing my roommates. There were a lot of us in one house, so I had several subjects to work with.

Then I met someone who worked as an assistant at a nearby photography studio in London. One weekend we were given permission to go in and experiment with lighting. That was it. I fell in love with studio lighting!

I actually still have those prints stashed away in my box of photo memories.

On and off camera flash

So I bought my first speedlight and for a long time (way too long) I used it on camera only, even when I first started in wedding photography somewhere around 1999 or 2000. 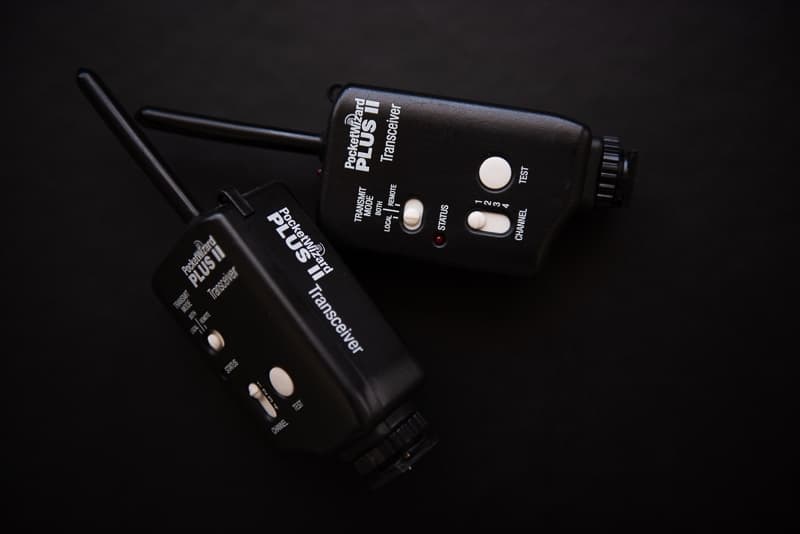 Off camera flash became my go to for bride and groom portraits after I bought the PocketWizard Plus II and a 2 foot softbox in 2010. A whole new world of possibility opened and I was blown away by how amazing the photo was.

Looking back of course I can see that it wasn’t at all great, but you can’t become good at anything if you don’t start. As they say, if you’re not embarrassed looking back on your old work, you’re not progressing. The bride referred to it as my light on a stick and I still think of it that way. 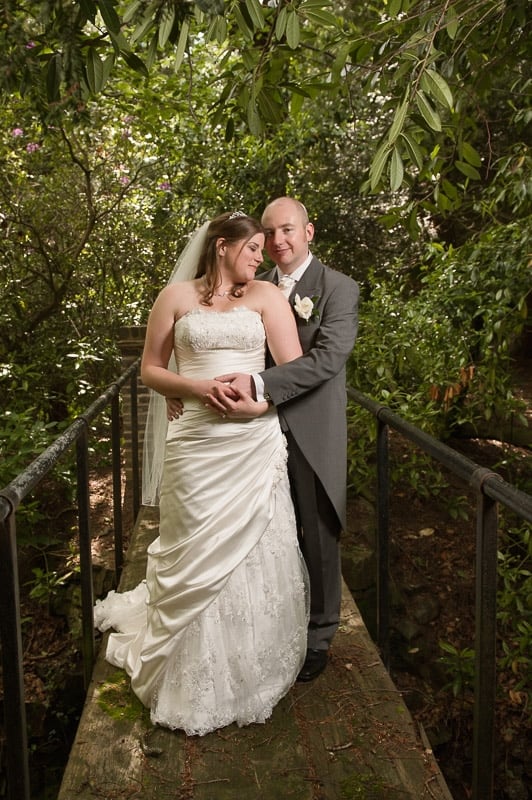 Here’s that photo, taken on an overcast day in dense foliage. It would have been impossible without flash, especially back then when you really did have to keep ISO as low as possible to avoid noise.

Because I became serious about photography when I was backpacking for four years, I’ve never been a big gear geek and still try to keep my camera kit to a minimum. I carried only what I could fit into one camera bag.

So for the first several years I didn’t own a reflector. Big mistake!

Discovering what a huge difference reflectors make was a big eye opener. Because they’re so lightweight and pack up so small I’m sure I could easily have attached one to my camera bag without it affecting me.

Reflectors are cheap, portable and, as the least technical bit of photography gear, are easy to use. So they’re perfect for a new photographer.

Two reflectors I recommend are the: 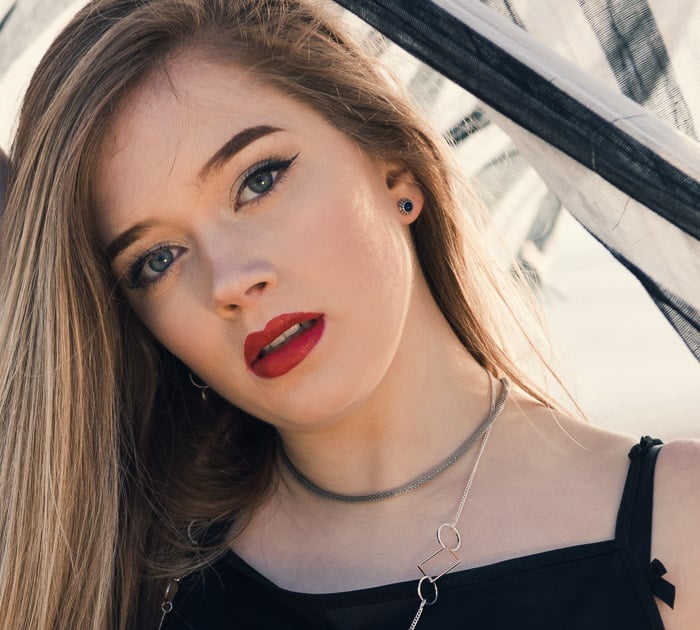 You can see from the reflection in her eyes that she’s being lit from below. As a result her nose shadow is going up instead of straight across or down.

Learn to use a reflector the right way

That said, it would have been good if I’d used it correctly from the start!

Like many of us I too made the mistake of holding it below the subject when using it as a key light. This resulted in unflattering shadows on my subjects and really bugs me now when I look back at those photos.

Light comes from above, not below, so subjects should be lit from above, or the side, but never from below.

So the first rule of reflectors when using one to light backlit subjects is to hold it to the side of your subject.

If you’re using the reflector for fill, it’s fine to position it below your subject. When using a reflector with off camera flash in a butterfly lighting pattern, this is known as clamshell lighting.

Further reading: Butterfly lighting for portraits – how and when to use it

I don’t know when I put it all together in my head and started using back button focus 100% of the time, but it must be at least 10 years ago now. I can’t imagine not using it now – I just wish I’d learned about it as a new photographer.

Again, I think I read an article in a magazine (life before YouTube!) that explained how it worked. As I was photographing a lot of young children at that point I was really excited about it!

Using back button focus dramatically cut down on my out of focus photos, even though I wasn’t using it “properly”. I say “properly”, because for the first year or so I still hadn’t isolated the shutter button for taking the shot only. Even so, it made a huge difference.

Of course it was even better once I had it set up properly with:

Further reading: Back button focus technique – how to use it and why it’s your BFF

Looking back, especially after writing this, I also wish that I was less fearful and intimidated by the technology at the beginning of my photography journey.

After all, what’s the worst that can happen when you try new things in photography? A bad photo. That’s it!

As long as you practice before using new skills with a client or before a really important moment you want to record in your life, who cares if the photo doesn’t work out?

You made it this far down the page (well done and thank you), which proves you definitely want to improve your photography. So if your camera or lighting intimidate you, try to be fearless, experiment and you’ll be rewarded with growth.

If you’re a new photographer with questions about starting out in photography, post them in the comments and I’ll try to help you.

Also, we love good news, so if our beginner photography tips have helped you, share that too.